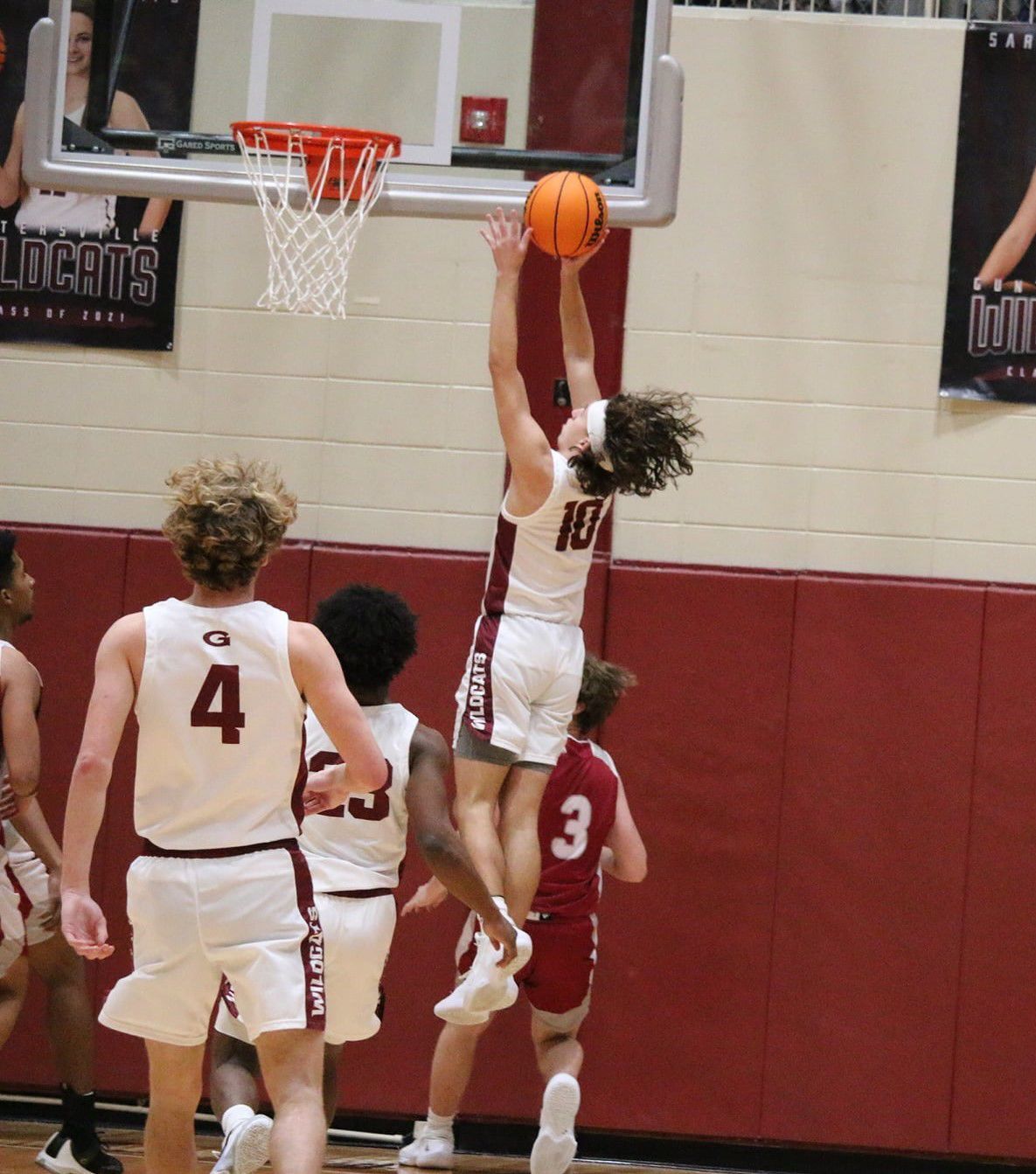 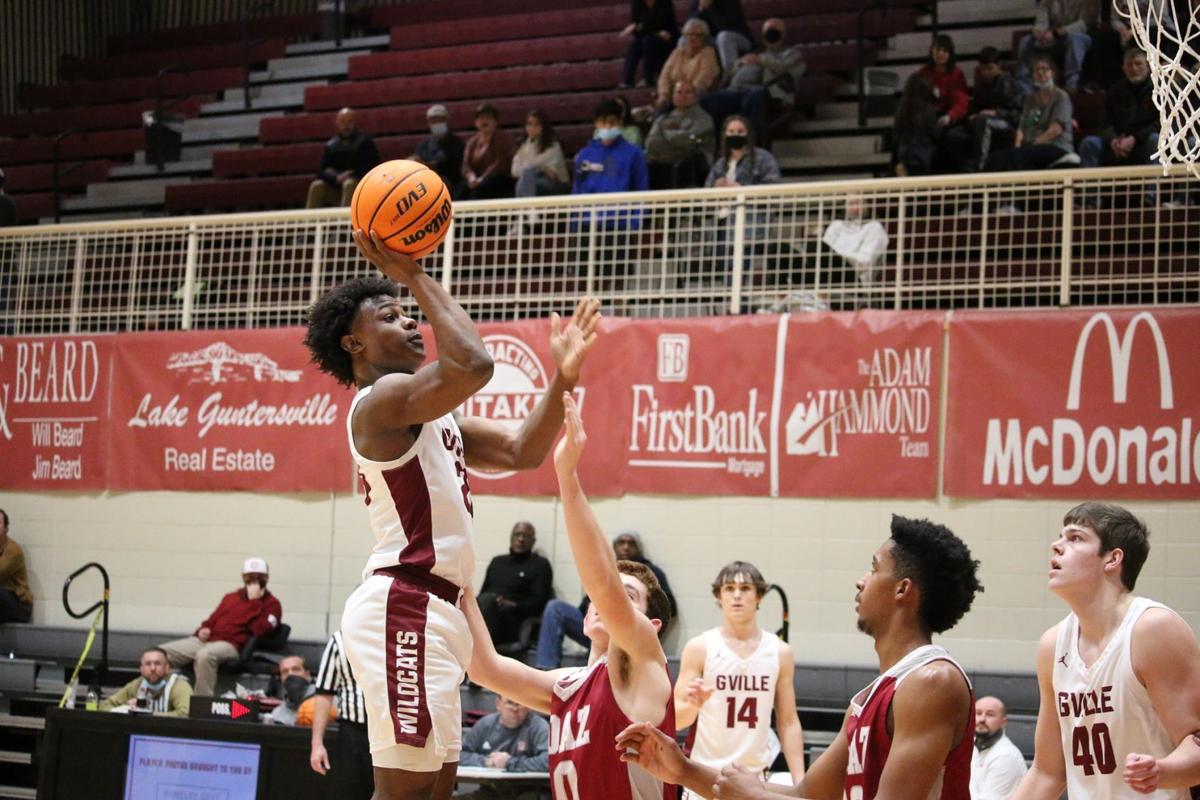 Jerrell Williamson shoots a jumper against Boaz in the sub-regional championship game.

Jerrell Williamson shoots a jumper against Boaz in the sub-regional championship game.

A sub-region victory over the Boaz Pirates sent the Guntersville Wildcats on to the regional tournament to face the Ramsay Rams.

However, due to COVID protocols, the AHSAA decided that the first round of the regional tournament would be played at the host school. The host school was decided by number of away games just like in the football playoffs.

In the last Alabama Sports Writers Association rankings, the Ramsay Rams were ranked No. 1 in Class 5A and Guntersville No. 4.

Against Boaz, the Wildcats got off to a quick start and didn’t leave any doubt as to which team would be moving on in the regional tournament. The victory Wednesday night over Boaz was Guntersville’s third time to beat the Pirates this season.

Jerrell Williamson came back from a one-game suspension to lead the Wildcats in scoring with 15 points. The Wildcats were a bit sluggish on offense through the first half but Williamson remained consistent and led his team most of the evening.

Cooper Davidson and Brandon Fussell each had 12 points against Boaz.

"I think defensively we did a really good job," Guntersville head coach Brett Self said. "Coach Cale Black at Boaz does a great job with offensive sets. I thought we did a really nice job of defending those guys and holding them under 30 points."

With a win last night, the Wildcats would play at JSU Monday afternoon in the finals of the regional tournament for an opportunity to play in the State Final 4. A complete recap of the Ramsay game will be in Wednesday’s paper.