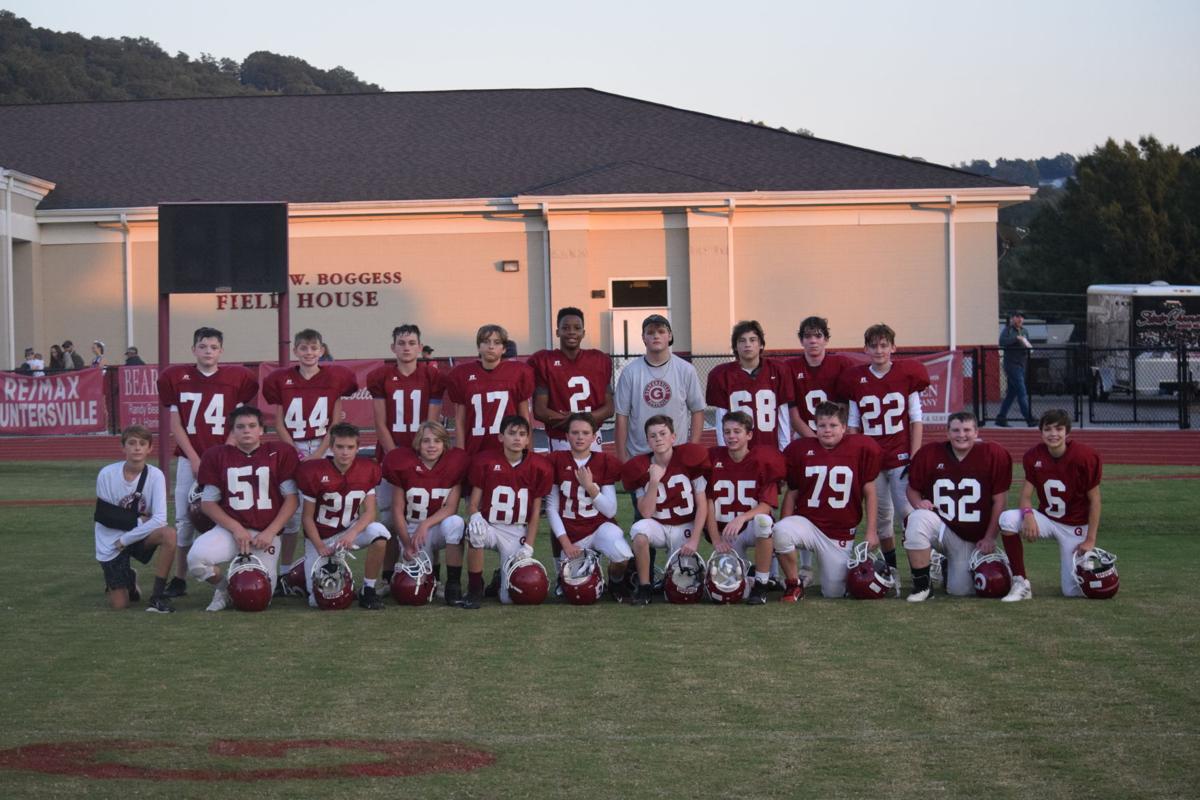 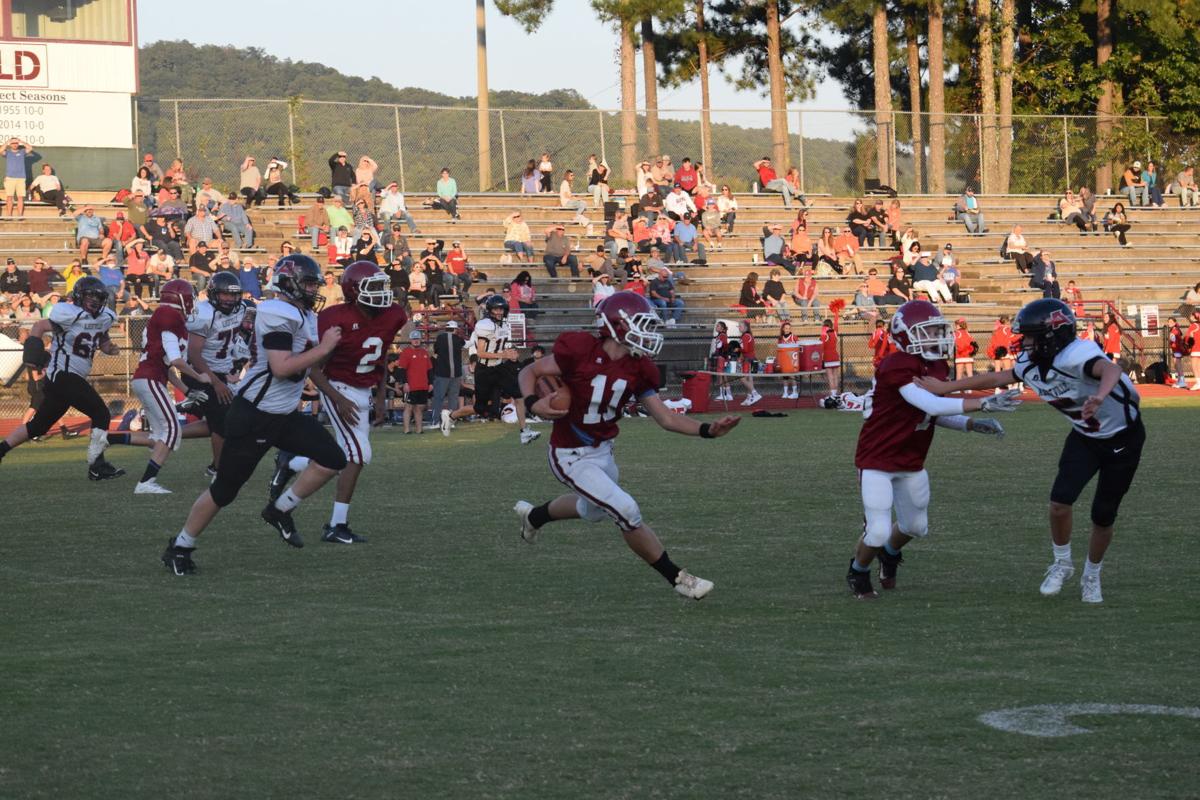 Guntersville's Street Smith takes off on a long run for the 7th grade Wildcats against Albertville.

Guntersville's Street Smith takes off on a long run for the 7th grade Wildcats against Albertville.

The 7th grade Guntersville Wildcats won their last game of the season against the Albertville Aggies Monday night.

In the second quarter, running back Dadrien Waller ran the ball 50 yards to the endzone for a touchdown, which was then returned on a holding call. Guarterback Street Smith made it back to the endzone for the Wildcat touchdown, followed by a successful two point conversion by receiver Jack Lenoir bringing the score to 8-0 at the half.

The second half was scoreless with both teams making solid defensive plays, including Wildcat defensive lineman Scott Hudson, who caused a fumble on fourth down during the Aggies' final drive. The game ended with a win for the Wildcats, 8-0.

"I'm Really proud of how tough the 7th grade played all season," head coach Kenny Chaffin said. "They didn't have large numbers and several players had to play both ways.  In the Albertville game, they had a couple of players missing due to injuries and that didn't stop them from getting  the victory.  I thought they improved as the season went on and that's all we can ask of them."