Free access for current print subscribers
Get Started
You are the owner of this article.
Edit Article Add New Article
You have permission to edit this article.
Edit
News
e-Edition
Sports
Columnists
Community
Obituaries
Notices
Classifieds
Real Estate
Cars
Jobs
Games
Advertise With Us
Subscribe
1 of 5 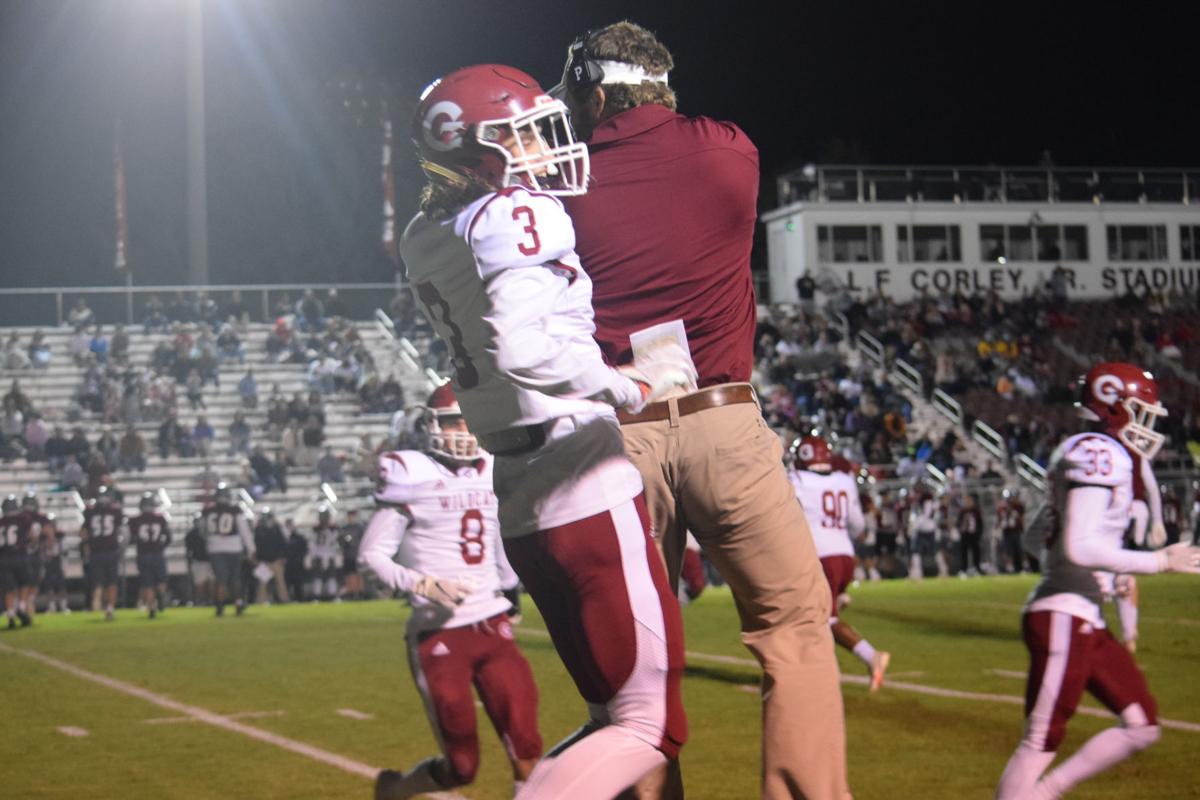 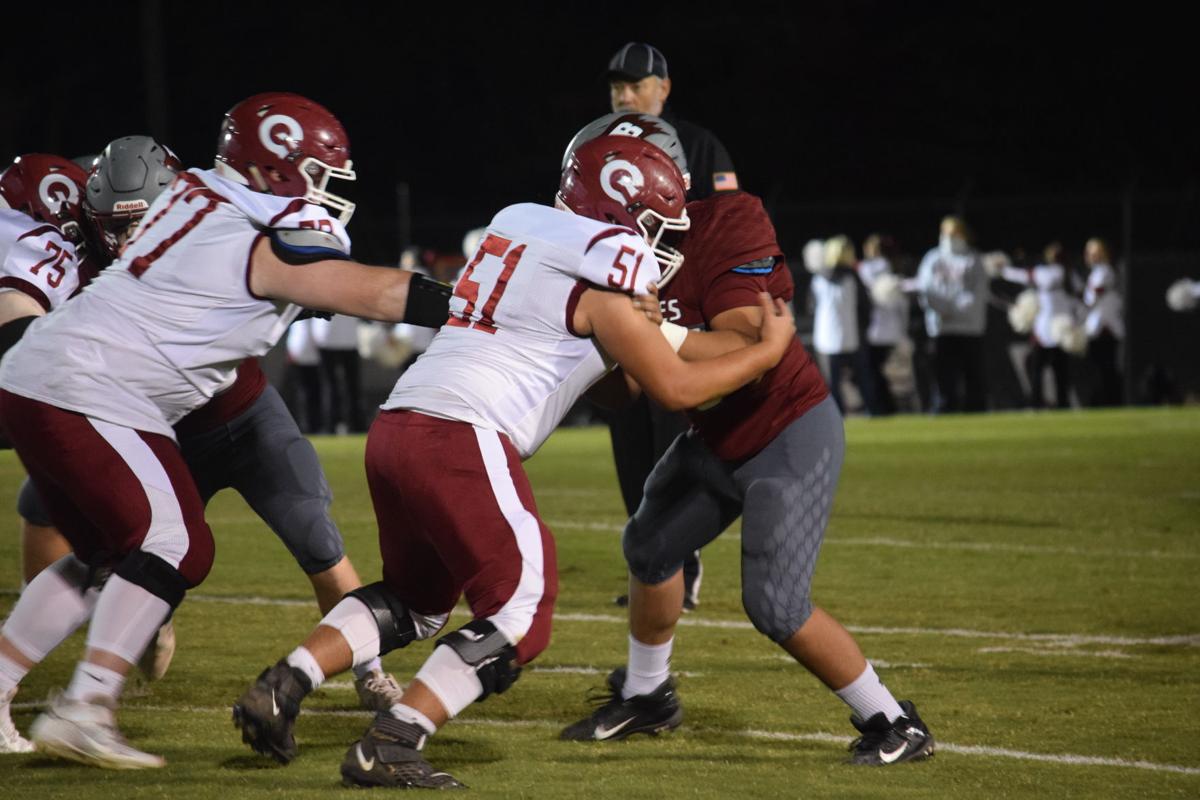 The Guntersville offensive line was a force all night long against Boaz. Edwin Jarquin (75), Brooks Martin (77) and McCormick Langford (51) anchored the right side of the line Friday night. 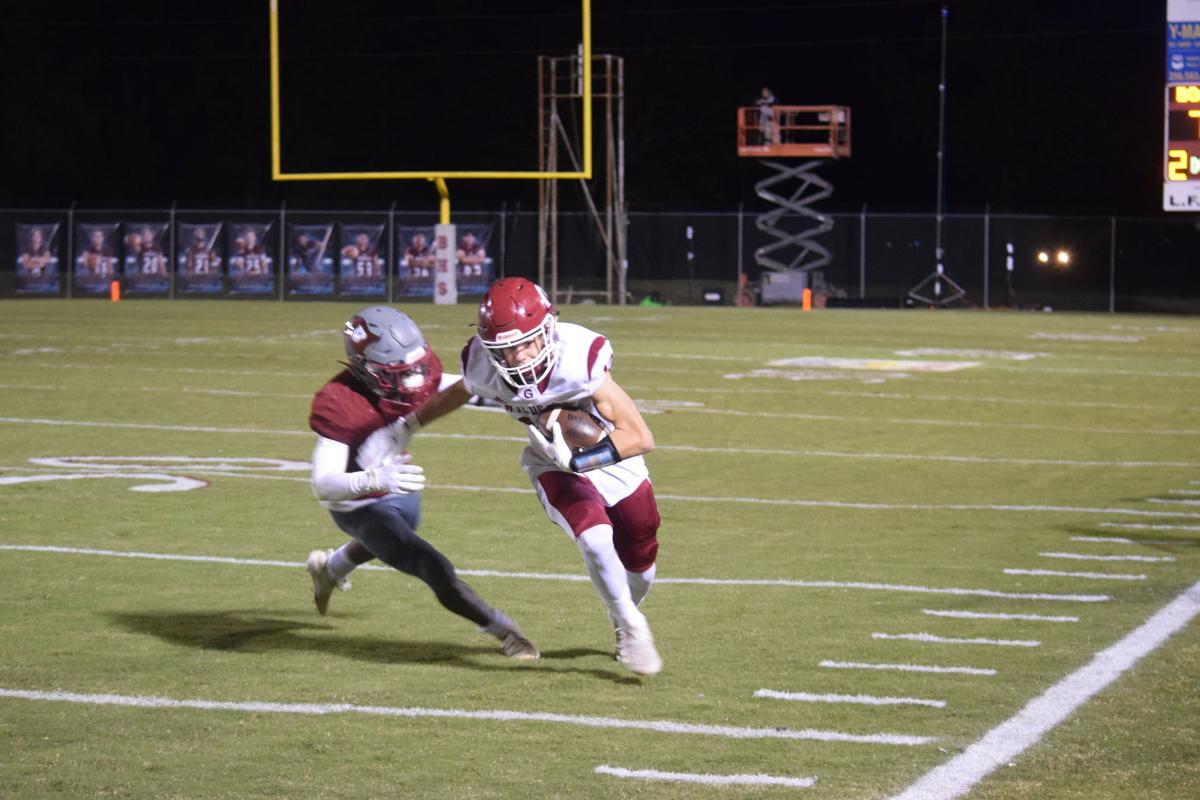 Wide receiver Evan Taylor scampers down the sideline against Boaz. He hauled in four catches for 62 yards Friday night. 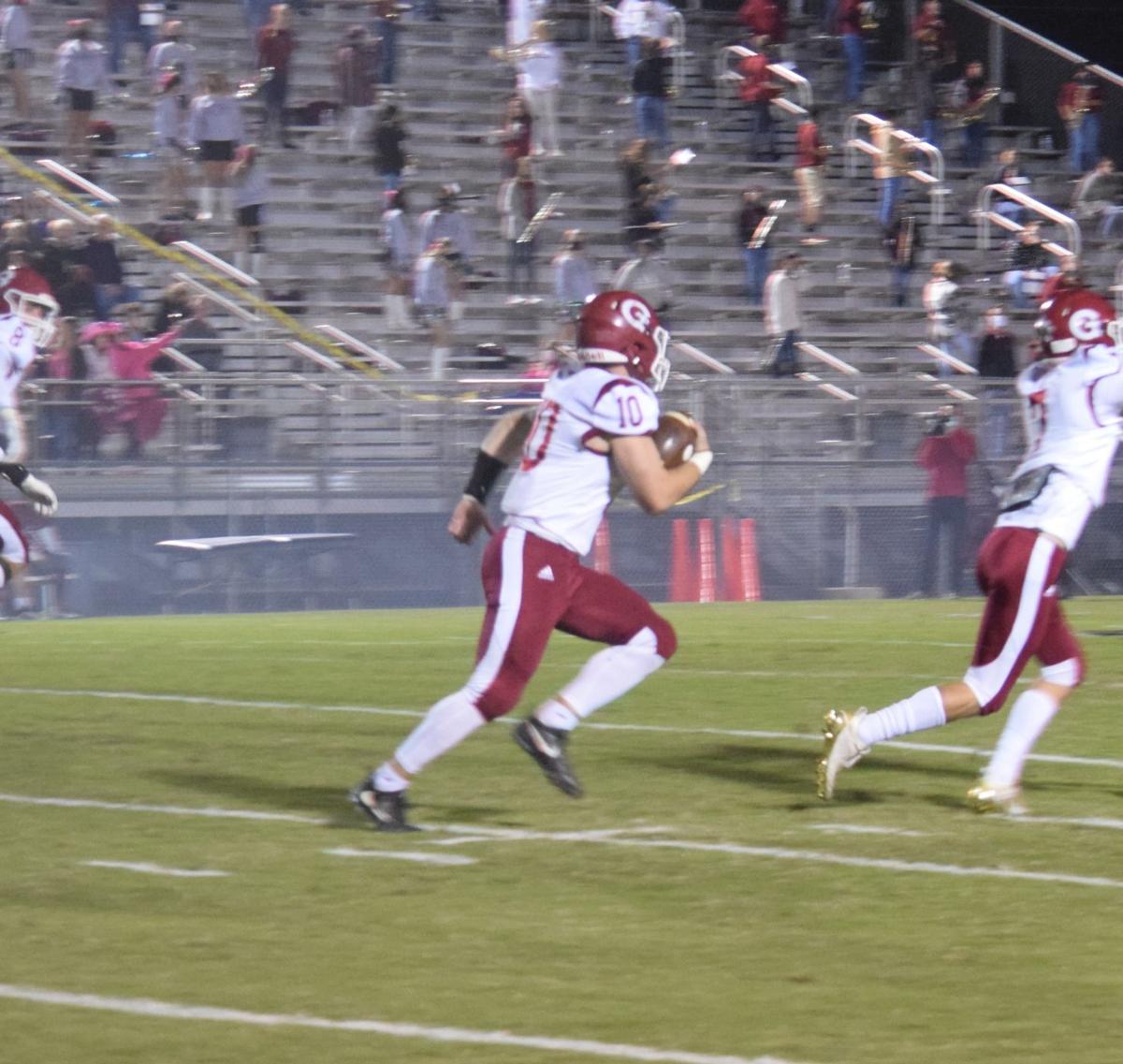 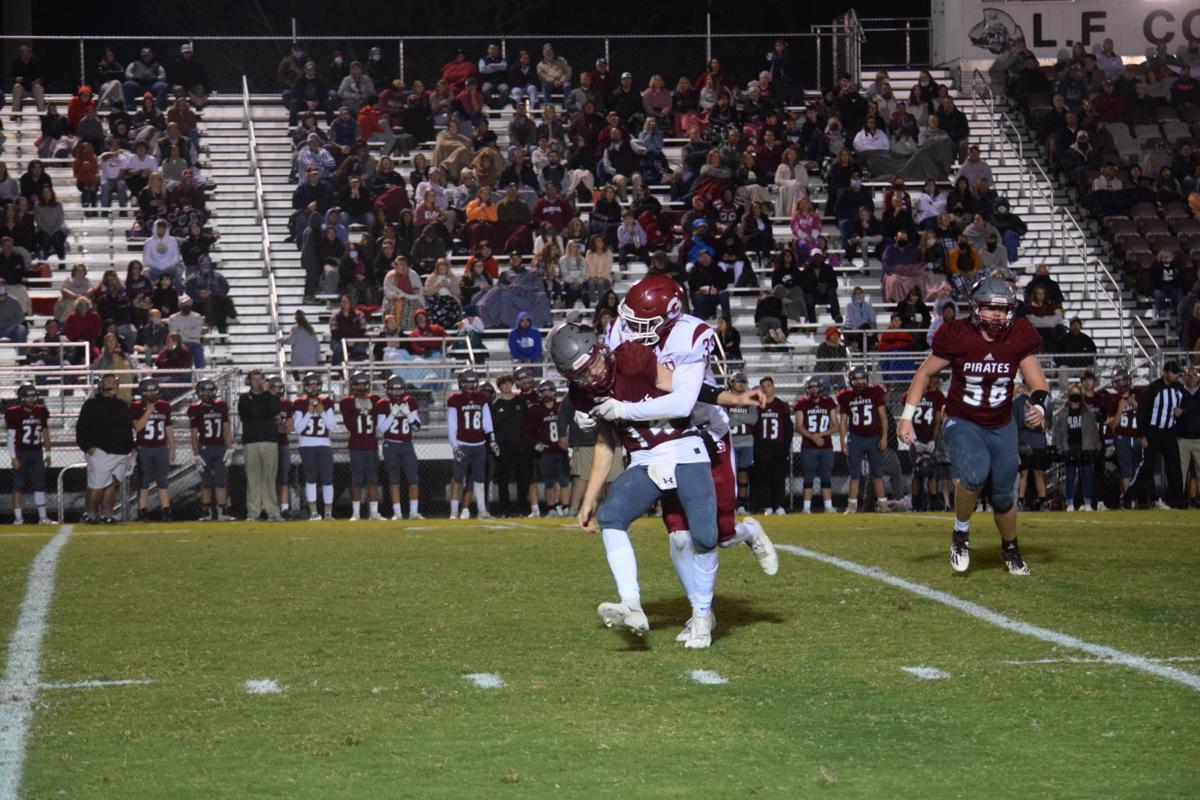 The Guntersville offensive line was a force all night long against Boaz. Edwin Jarquin (75), Brooks Martin (77) and McCormick Langford (51) anchored the right side of the line Friday night.

Wide receiver Evan Taylor scampers down the sideline against Boaz. He hauled in four catches for 62 yards Friday night.

The Guntersville Wildcats won the Class 5A, Region 7 title in dominating fashion by defeating Boaz 56-14. Guntersville is now 8-0 overall.

After Friday night’s games, the Region 7 standings are set with the following four teams making the playoffs: 1. Guntersville, 2. Fairview, 3. Boaz and 4. West Point.

Winning the region means Guntersville will get to host in the first round of the playoffs.

It was the Logan Pate show for the Wildcats against Boaz as the junior rushed for 216 yards and six touchdowns. Quarterback Cole McCarty completed 13 of 15 passes for 225 yards and one touchdown. Cooper Davidson had the one touchdown reception and 47 yards receiving. Davidson also had an interception for a touchdown in the first half.

To start, the game was pretty tight between the two Marshall County squads. Guntersville came out and scored on the opening drive in just five plays. Pate scored his first touchdown of the game from one-yard out with 10:27 showing in the opening quarter. The Pirates would answer with a nice drive of their own, which ended with Kaden Bennefield rushing into the endzone from one-yard out.

On Guntersville’s next drive, Pate would carry the ball for perhaps his best run all year. The Wildcats started the drive at their own 20-yard line. Pate took the handoff, accelerated through the hole and didn’t stop until he reached the endzone. An 80-yard touchdown run made the score 14-7 with 5:25 left.

A fumble on the Pirates’ ensuing possession would open up the scoring flood gates. Pate again rushed for a 49-yard touchdown immediately following the turnover. Then, with the second quarter just beginning, Davidson picked off a Boaz pass and returned it for a touchdown.

Pate would score two more times before the half making the score 42-7 at the break. Guntersville would score just two more times in the second half, once on a McCarty touchdown pass to Davidson and another Pate touchdown run in the fourth quarter. Kicker Pablo Rios was a perfect 8 for 8 on extra points.

“It was good to go on the road and get a big county and region win against Boaz,” Guntersville head coach Lance Reese said. “Being the Region 7 champion will ensure that our first-round playoff game will be at home. We had a big night with over 500 yards of offense. Cole threw the ball well and we had 4 different receivers with multiple catches. Pate had his biggest rushing game of the year. The offensive line has to be blocking well when we have that type of success. Boaz has a strong running game.”

Offensive stats continue to stand out for the Wildcats. However, the defense continues to impress.

“I thought we played a physical game on defense,” Reese said. “Ben Biddle was our leading tackler with 10. Miller Kutner had eight tackles and he did a good job of pressuring the QB. Brandon Fussell played well at safety and Cooper Davidson had a big play with his pick six in the first half.”

The Wildcats will host West Point Friday for homecoming in Guntersville. The Warriors started the season 0-5 but have rattled off three wins in a row.

“West Point has won their last three games and had secured a playoff spot,” Reese said. “West Point has a big quarterback who is probably the best one we have seen so far this year. Homecoming is always a fun week for all of the students but we need to be sure to keep our focus on the game.”