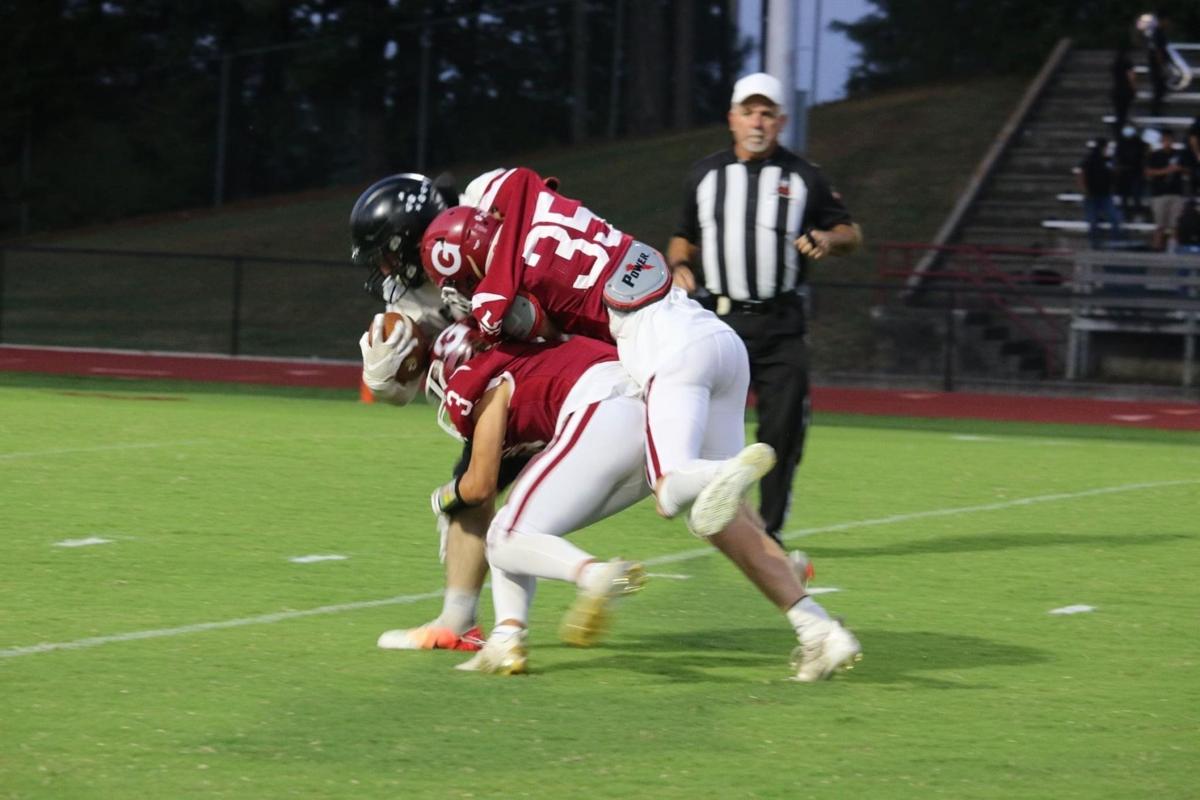 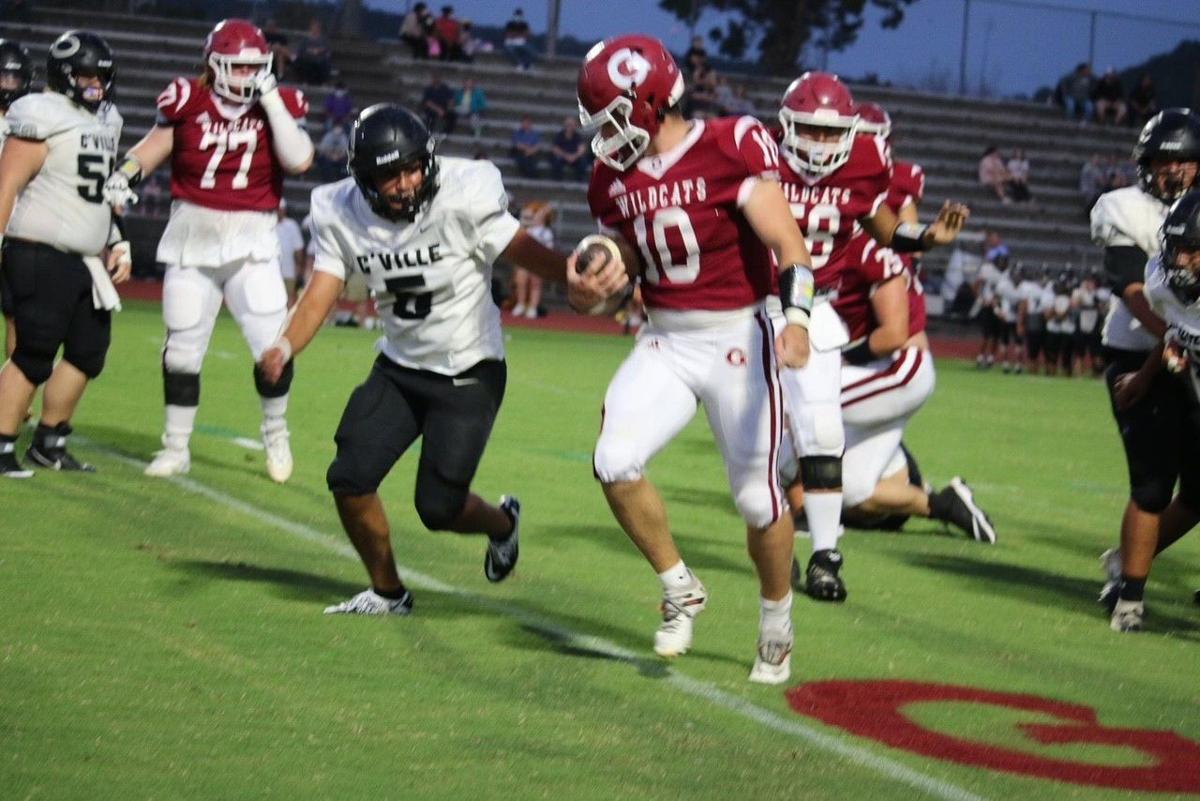 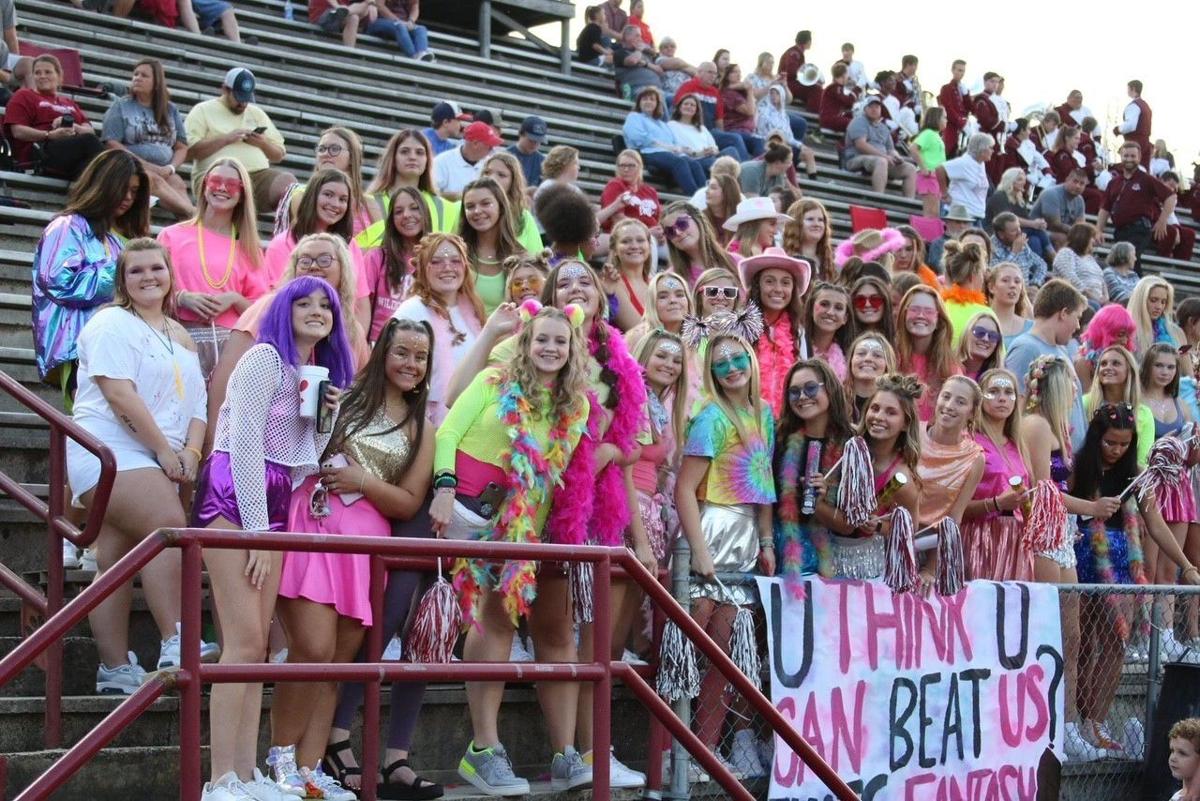 The Guntersville High student section was all dressed up and fired up for Crossville. Photos by Amanda Chastain. 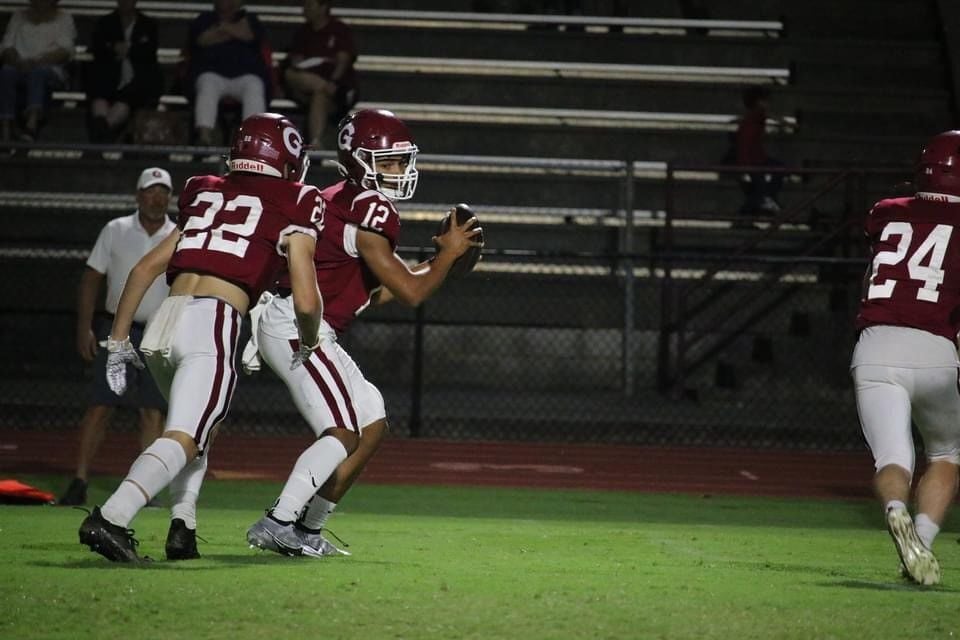 The younger Wildcats saw action in this one. That's quarterback Julyon Jordan handing off to Duncan Morris.

The Guntersville High student section was all dressed up and fired up for Crossville. Photos by Amanda Chastain.

The younger Wildcats saw action in this one. That's quarterback Julyon Jordan handing off to Duncan Morris.

Guntersville’s third win of the season came in dominating fashion last Friday night as the Wildcats knocked off Crossville 56-0.

The win improves Guntersville's record to 3-1 and 2-0 in the region. So far this season, the Crossville Lions have had a tough go of it and Guntersville took advantage of their woes quickly.

On their first drive of the game, the Wildcats found the endzone from 28-yards out when quarterback Cole McCarty found Brandon Fussell on a 28-yard touchdown catch and run.

Then, just minutes later, the Wildcats were back on offense and Logan Pate finished off a drive with a four-yard touchdown run.

It didn’t take very long for the Wildcats to get back on offense and score again. McCarty found Fussell again from nine-yards out. The two would hook up again on the very next drive this time from 21 yards out. The score was 28-0 in the first quarter but Guntersville wasn’t quite done yet.

Pate would have two more touchdown runs in the first quarter. One of the runs went for 23 yards and the other for 18 yards. The last touchdown in the first half came on a five-yard touchdown run from CJ Gomera. Kicker Tristan Palacios was 7 for 7 on extra points and as the Wildcats went into the locker room at the half they enjoyed a 51-0 lead.

McCarty was able to spread the ball around quite a bit against Crossville completing passes to Cooper Davidson, Sam Canady, Evan Taylor, Logan Pate and John McElrath.

“We were able to get a lot of kids in the game tonight, which is always a good thing to do when you’re at home,” Guntersville coach Lance Reese said. “I thought we did some good things on offense and defense. We’ve got a county game next week against a Douglas team that’s had a good season so far. We’ve got several big games coming up and we just have to keep getting better.”

Guntersville now shifts its attention to the Douglas Eagles who come into the game 3-1 with wins over Weaver, Woodville and Sardis. The Eagles were defeated last week by the Fairview Aggies by a score of 42-19.

Head coach Brandon Lyles is in his second year as head coach of the Eagles. This is the second season in a row Douglas opened the season with 3 wins in a row. The Wildcats are looking to improve to 4-1 with a possible win against Douglas this Friday to go 3-0 in the region.

Kickoff is set for 7 p.m. at Douglas High School. All tickets to football games must be bought on www.gofan.com.