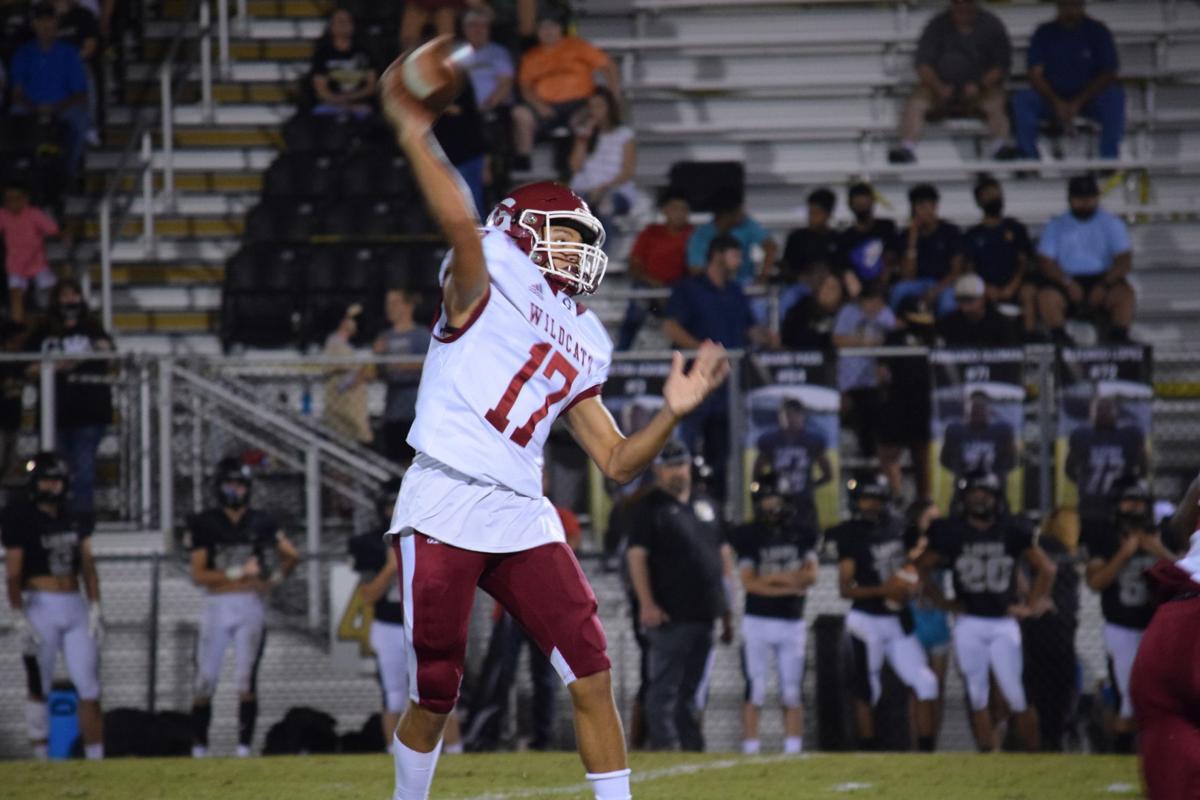 Antonio Spurgeon looks to throw it downfield against the Lions Friday night. Antonio is the back-up quarterback. The JV played most of the second half. 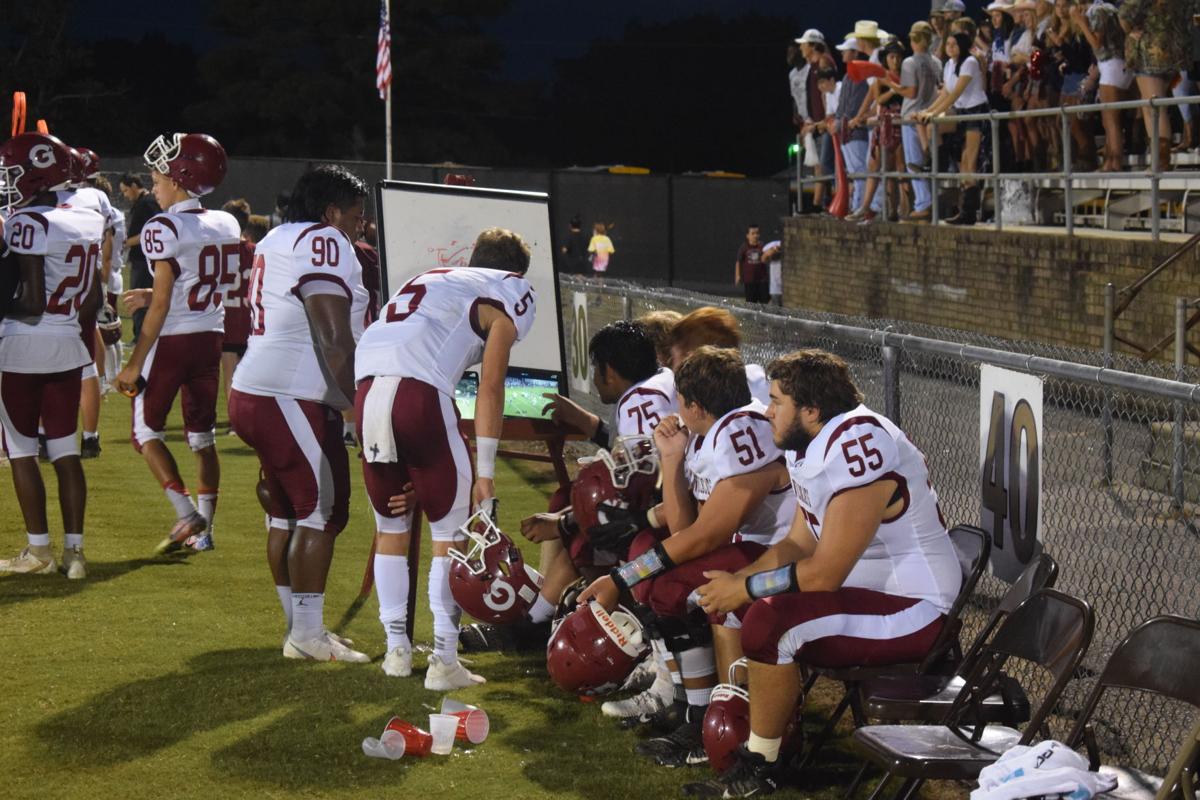 Guntersville quarterback Cole McCarty (5) and the Wildcats offensive line look at a play on the sideline during Friday night's game. 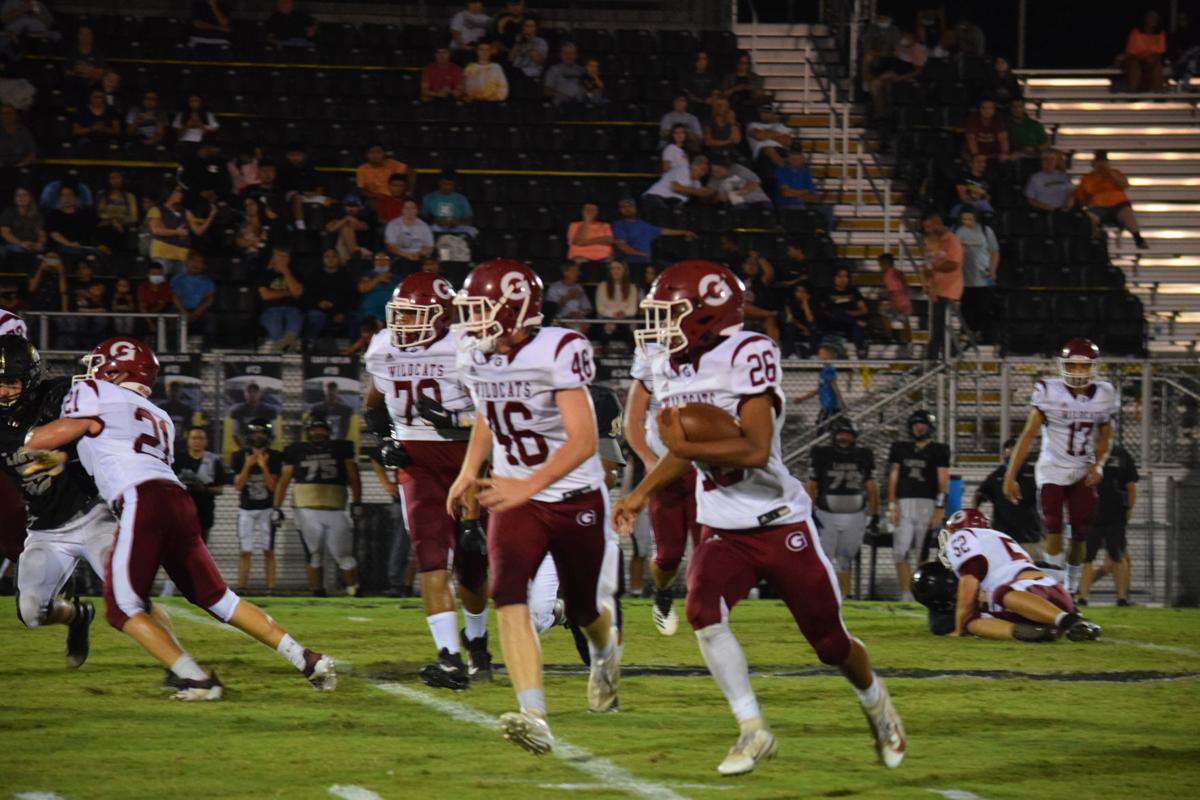 CJ Gomera (26) sprints around the edge for a big gain against Crossville.

Antonio Spurgeon looks to throw it downfield against the Lions Friday night. Antonio is the back-up quarterback. The JV played most of the second half.

Guntersville quarterback Cole McCarty (5) and the Wildcats offensive line look at a play on the sideline during Friday night's game.

CJ Gomera (26) sprints around the edge for a big gain against Crossville.

The Wildcats traveled to Crossville for another Class 5A Region 7 matchup with the Lions last Friday night.

Guntersville started quickly and didn’t let up in the first half. The Wildcats went into the locker room with a 42-0 lead at halftime after Guntersville quarterback Cole McCarty went 13 of 17 for 259 yards and four touchdowns. McCarty also rushed for a 30-yard touchdown.

Almost everyone got into the action on the offensive side for the Wildcats. Jack Harris, Cooper Davidson, Brandon Fussell and Evan Taylor all caught touchdown passes. Fussell hauled in two touchdowns and had 121 yards of receiving.

On its first offensive drive of the game, Guntersville would find the end zone in just three plays. McCarty connected with Harris for a 40-yard touchdown and kicker Pablo Rios put the extra point through.

Crossville's ensuing possession was cut short by the Guntersville defense when Davidson picked off a pass. Davidson returned the interception for a touchdown but the play was brought back out to the Lions' 30-yard line due to a block in the back. The very next play, McCarty scampered into the end zone.

Crossville's only real chance of scoring in the first half came early in the 2nd quarter. The Lions drove the ball all the way down to the Guntersville one-yard line but were turned away by the Wildcats defense.

Defensively, Aiden Clines recorded five tackles, Miller Kutner had five tackles and a sack and Jerrell Williamson had four tackles. It's the third game in a row the Guntersville defense has recorded an interception.

"Crossville runs a little bit of an unconventional offense and I don't think we defended it as well as we could've," Guntersville head coach Lance Reese said. "I don't think we'll see that kind of offense the rest of the year, though. Regardless, it's always great to go on the road and get a win."

Guntersville's next drive started from its own goal line. Another holding call against Guntersville negated a 90-yard touchdown catch and run for Williamson. However, eight plays later the Wildcats would find the endzone again when McCarty found Davidson in the end zone from five yards out.

McCarty would throw three more touchdowns before the half. One to Fussell that went for 66 yards, one to Taylor for nine yards and one more to Fussell. Rios would convert all six extra points. For the starters, the night was over afterthe second quarter.

"Everyone that came on the bus got to play in the game," Reese said. "That's always a good thing. We were able to get our younger guys some action for an entire half."

Harris hauled in four catches for 76 yards and a touchdown and Logan Pate had eight carries for 100 yards on the ground.

In the second half, each team would find the end zone once. Crossville scored on its opening drive of the second half. The Wildcats would answer with a five-play touchdown drive setup by a Dewayne Hundley kickoff return to the 15-yard line. Quarterback Antonio Spurgeon finished off the drive with a one-yard touchdown run.

Final score was 49-7. The Guntersville offense put up 443 yards of total offense in the win. The Wildcats now turn their attention to region foe Douglas. The game will be played at Guntersville.

Douglas fell 48-12 to Fairview for their first loss of the season.

Stats for the Guntersville-Crossville game were: