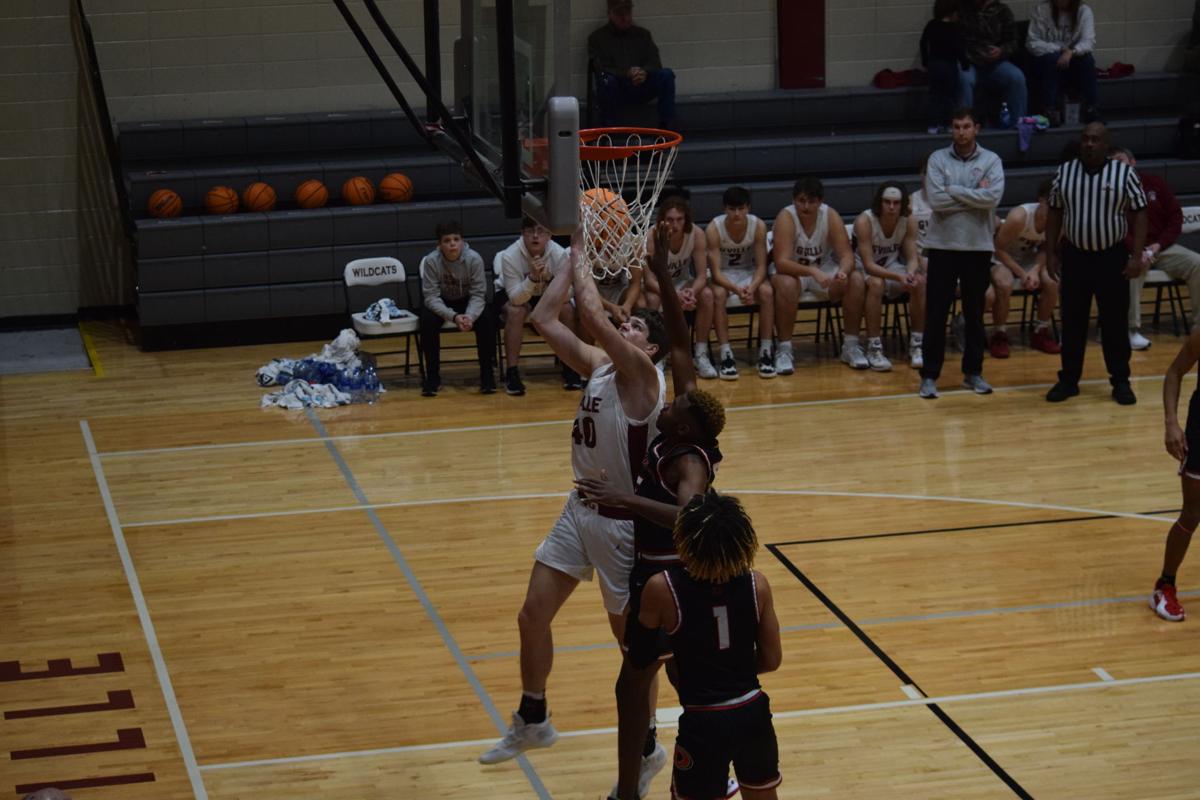 Curt Blanchard puts in a bucket for Guntersville down low. 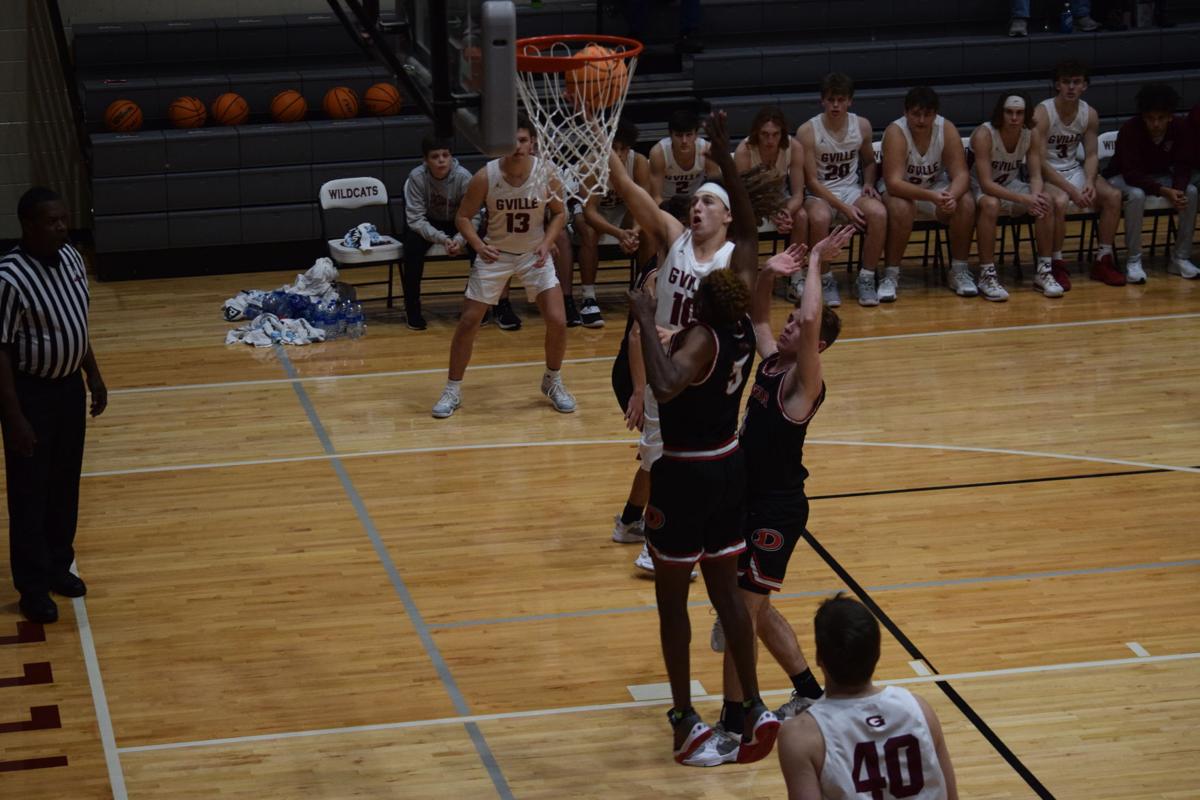 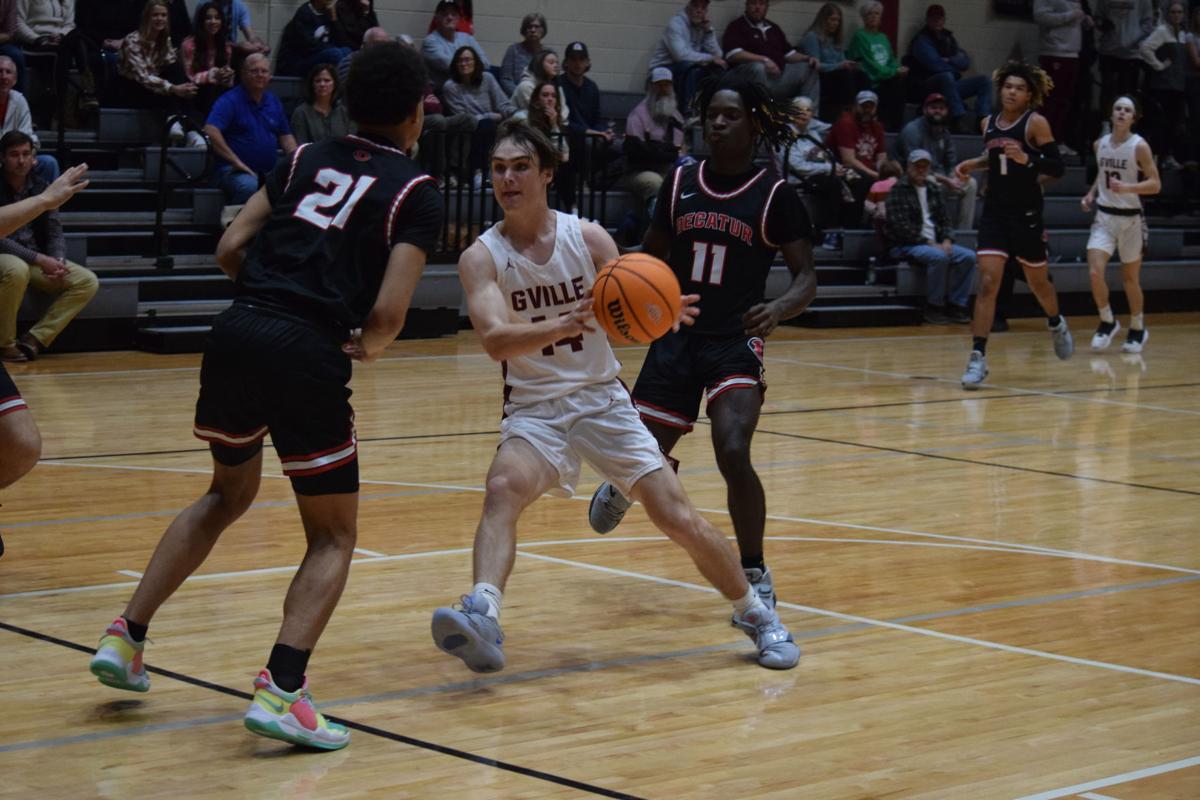 Brandon Fussell weaves between a pair of Decatur defenders on his way to the basket.

Curt Blanchard puts in a bucket for Guntersville down low.

Brandon Fussell weaves between a pair of Decatur defenders on his way to the basket.

Decatur was the first basketball victory for the Guntersville boys this season back in November. The Wildcats beat them again Tuesday night, but it wasn't easy.

It was nip and tuck all the way, with the lead seesawing between the teams. Guntersville hit some shots, hit some free throws and was able to pull it out in the end 63-57.

Decatur is 6A, so anytime you play a larger opponent and win, it's good.

"They're a good ball team," Coach Brett Self said. "They came in here with a 10-6 record with some really big wins."

"We had some guys play well and hit some big shots in the 4th quarter," Coach Self said.

Brandon Fussell had 26 points (he can score from all over, but Decatur had a really hard time stopping him from driving to the basket). Cooper Davidson scored 17 and Curt Blanchard 10.

The Decatur game was the 3rd game in 4 days for the Wildcats. They were getting a rare day off Tuesday, with a shoot around on Wednesday and then the holidays.

Coach Self said the team was banged up and it was a good time to get a few days rest and relaxation and to let their legs rest.

Guntersville will play in the Gulf Coast Classic in Mobile after Christmas, facing 4A powerhouse Williamson in the first round.

Coach Self said going to a tournament in an unfamiliar gym against unfamiliar opponents is good at this point to get the team ready for the playoffs.

With the win over Decatur, Guntersville moved to 9-5 overall, 2-0 in the area.