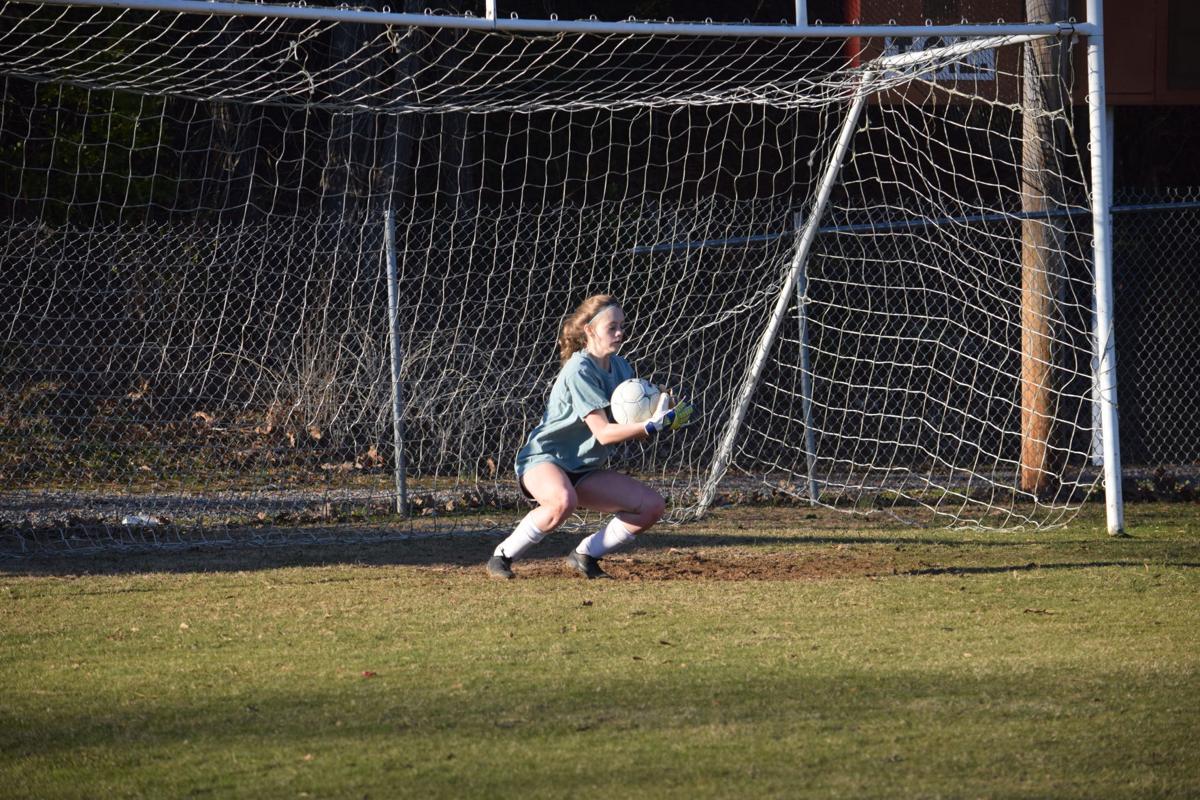 Lola Walk gets reps in at goalkeeper during practice last Thursday. 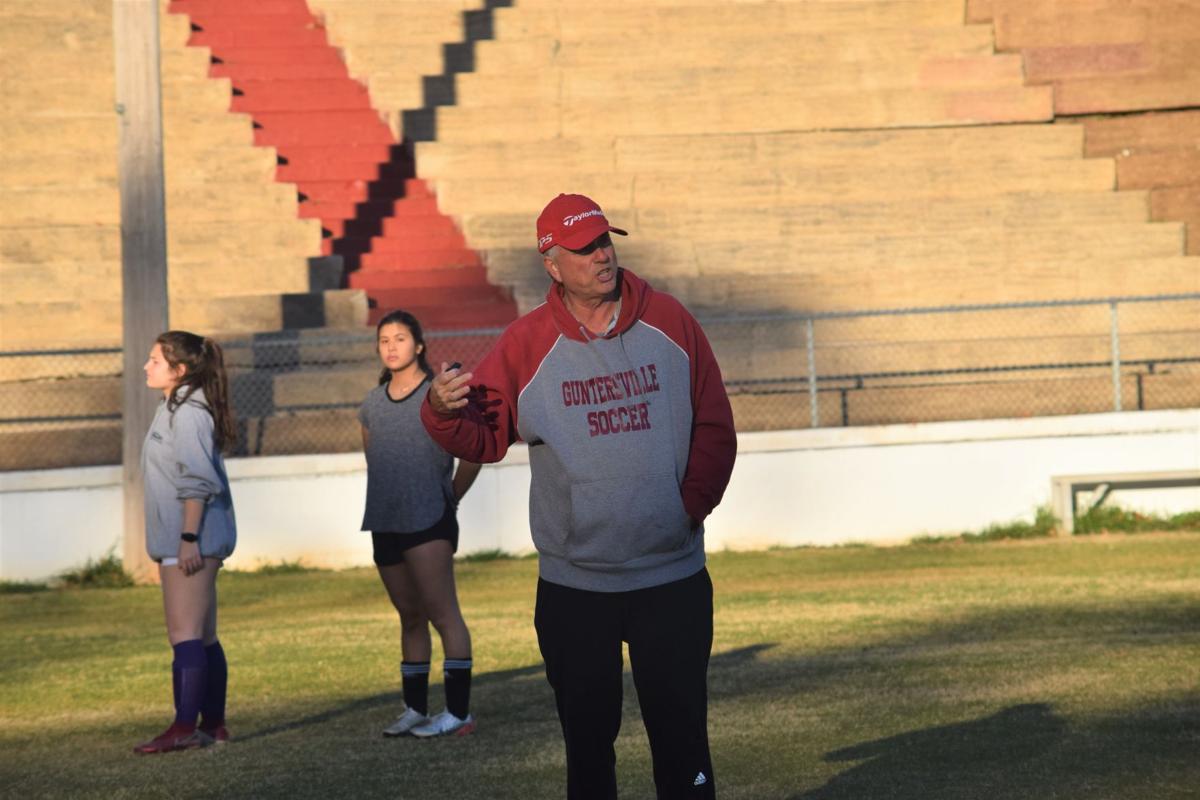 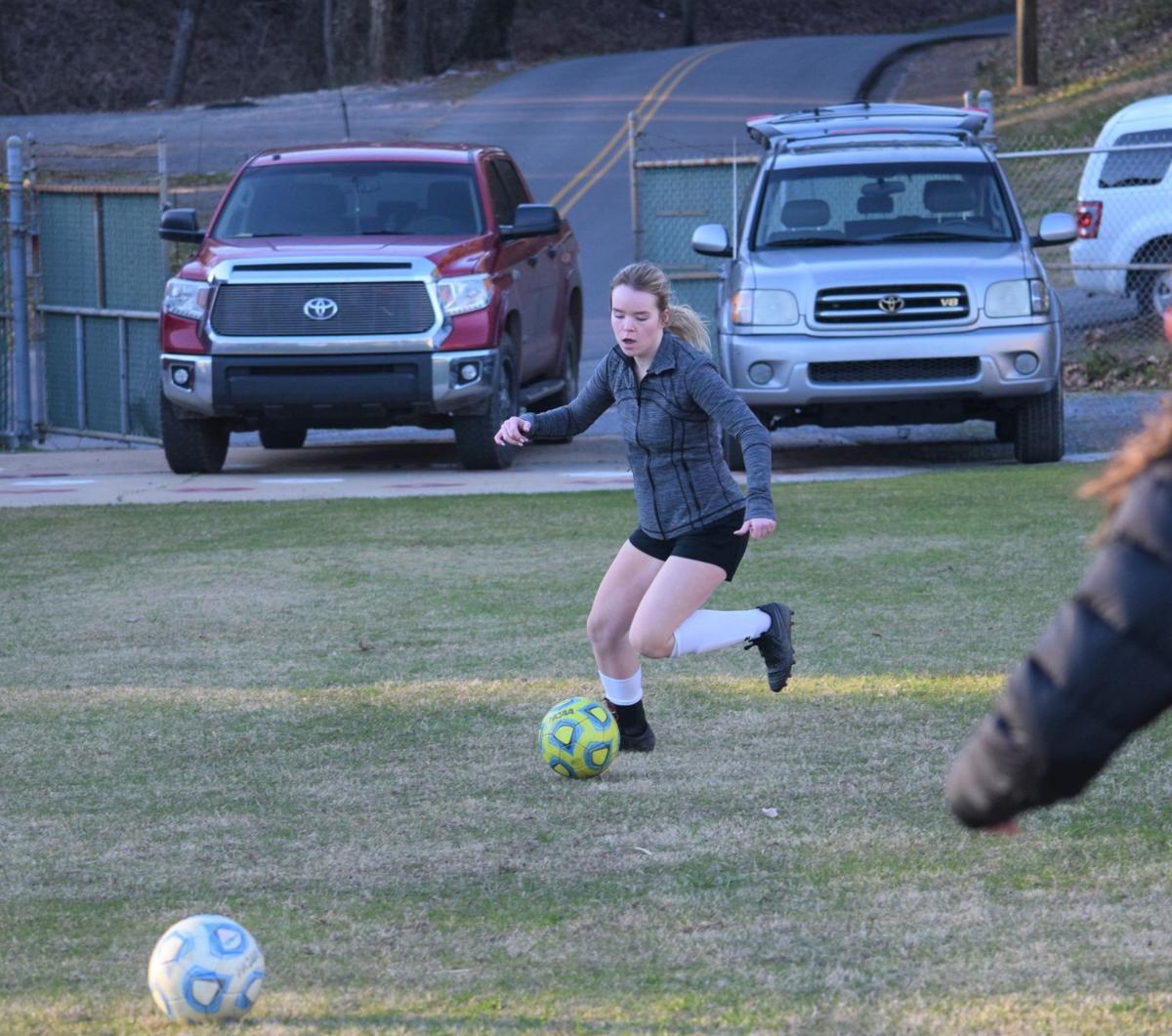 Anna Kate Lenoir pushes the ball up the field during practice last Thursday.

Lola Walk gets reps in at goalkeeper during practice last Thursday.

Anna Kate Lenoir pushes the ball up the field during practice last Thursday.

The Guntersville varsity girls’ soccer team has begun prep for the 2021 season as it was just ranked the No. 2 team in Class 5A of the Alabama Sports Writers pre-season poll.

Head coach Mike Jones said this year’s team will look quite different from the 2020 version of the Lady Wildcats. A total of 10 starters from last year’s team graduated. Replacing some key players has been the emphasis during pre-season practice.

“I would say that more than half of the girls who will start this year have never started in a varsity game,” Jones said. “Our key returner is Sarah Wright at attacking center midfield. She’s been playing varsity since the seventh grade and has been a key player for us for years. She’s got some unbelievable stamina and her motor never stops. We’ll be looking for her to score more this year than she has in the past.”

“You don’t just replace players like that and expect everything to be fine,” he said. “They’re three of the best players we’ve ever had but I like the group we’ve got this year. There will be a lot of learning to be done but I think this group can make a run in the playoffs.”

Jones said replacing Jones at keeper will also be a tall task.

“We were surprised when Emily decided to graduate early,” he said. “Obviously, we’re happy for her to be able to do that but it wasn’t something I expected to have to account for. Right now, Lola Walk is practicing at keeper and Emma Stanley will also get some work there when she gets done with basketball. Both Emma and Lola don’t have experience playing keeper but with practice they should perform well.”

The Lady Wildcats played in an official’s clinic over the weekend and will play their first game on Feb. 4 at Scottsboro. Below is full schedule: