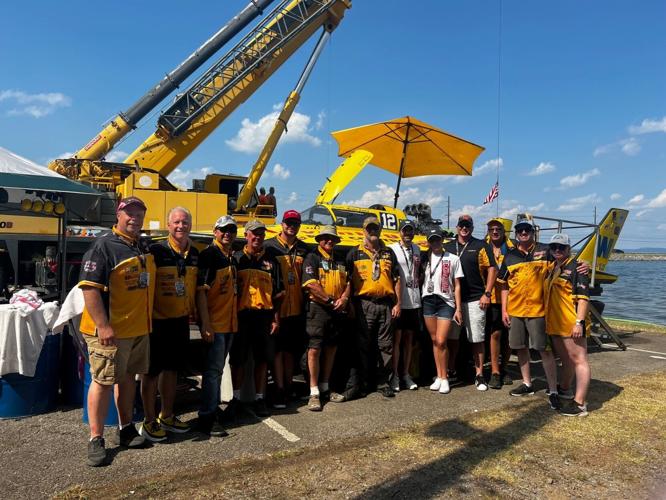 The Schellhase Grand Prix team, racing under the banner of Wilks Tire, had some mechanical troubles to fight through, but it didn't derail their weekend. They ended up with a 3rd place finish. 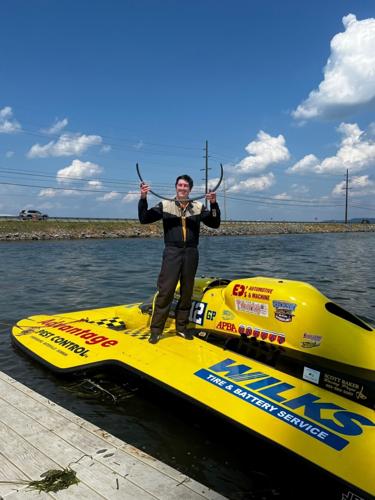 Driver Austin Eacret smiles despite a broken belt that cost him a heat victory.

The Schellhase Grand Prix team, racing under the banner of Wilks Tire, had some mechanical troubles to fight through, but it didn't derail their weekend. They ended up with a 3rd place finish.

Driver Austin Eacret smiles despite a broken belt that cost him a heat victory.

Hydrofest weekend had a lot of highs and lows in racing, but one of the most surprising mix of the two was the time that the Schellhase team had this weekend becoming the “underdog” in 3rd place.

GP-12 Schellhase Racing has quite the history under its belt. The team, from the area of Seattle, Washington, has been racing for over 12 years in the GP-12 on the Grand Prix circuit and is made up of volunteers that all have a passion for everything to do with hydroplane racing. Its members are from all over the country, including but not limited to Arizona, Indiana, Idaho, and North Carolina. They’ve won lots of titles over the years locally and nationwide, including being APBA Grand Prix National Champions in 2011, 2012, 2014, 2015, 2016, and 2017.

They’ve been involved with HydroFest since its first year back in 2018, and their boat is sponsored by Wilks Tire and Battery Service.

The weekend began with high hopes for crew chief Darrin Mannie and the rest of the team. Into one of the Saturday heats, driver Austin Eacret broke into a great start and led the pack before a blower belt broke mid-race and cost him the win.

“I had nailed the start, the turn was clean, but when the belt broke, it was a done deal after that,” Eacret said.

He was towed back to the pit where the belt was replaced and the engine was running again before the end of the day. Despite the upset, Mannie and the rest of the crew seemed to keep up an optimistic attitude for the next day.

Sunday’s races began and mechanical issues were threatening again in all preliminary heats, throwing Eacret and the crew for a loop early on. Against all odds, Eacret started from the outside in the final and fought his way to 3rd, earning the team an exciting landing on the podium.

After all of the chaos, Mannie is just more than happy to have such an amazing team in his corner to skillfully and optimistically handle the troubles that can bubble up during the racing season. “I truly have the best team,” Mannie said, “It’s lots of hard work, these people volunteer and spend their vacations doing this. Truly such a great team.”