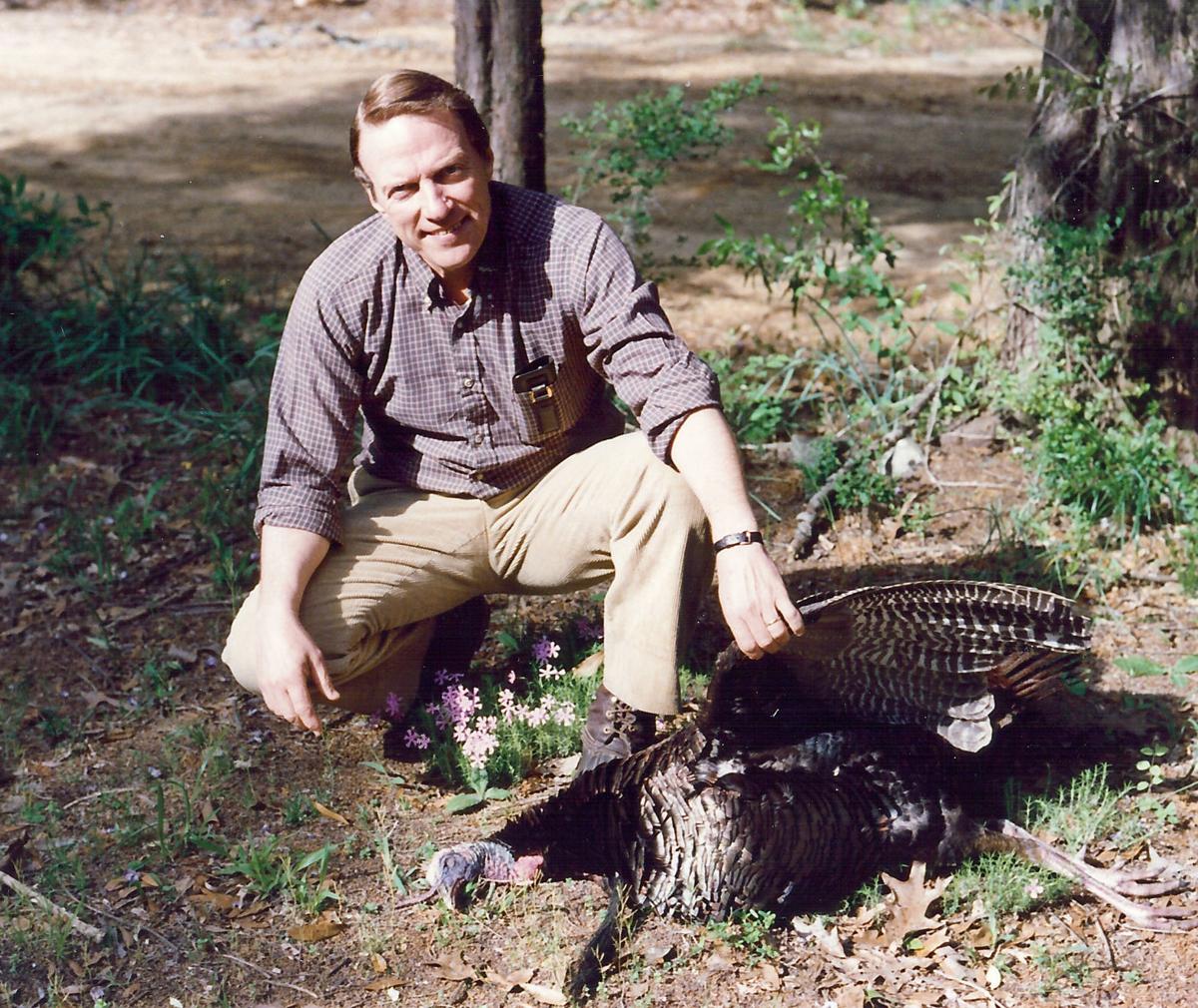 Ray Jones started hunting turkeys when he was 26 and it quickly became a passion. 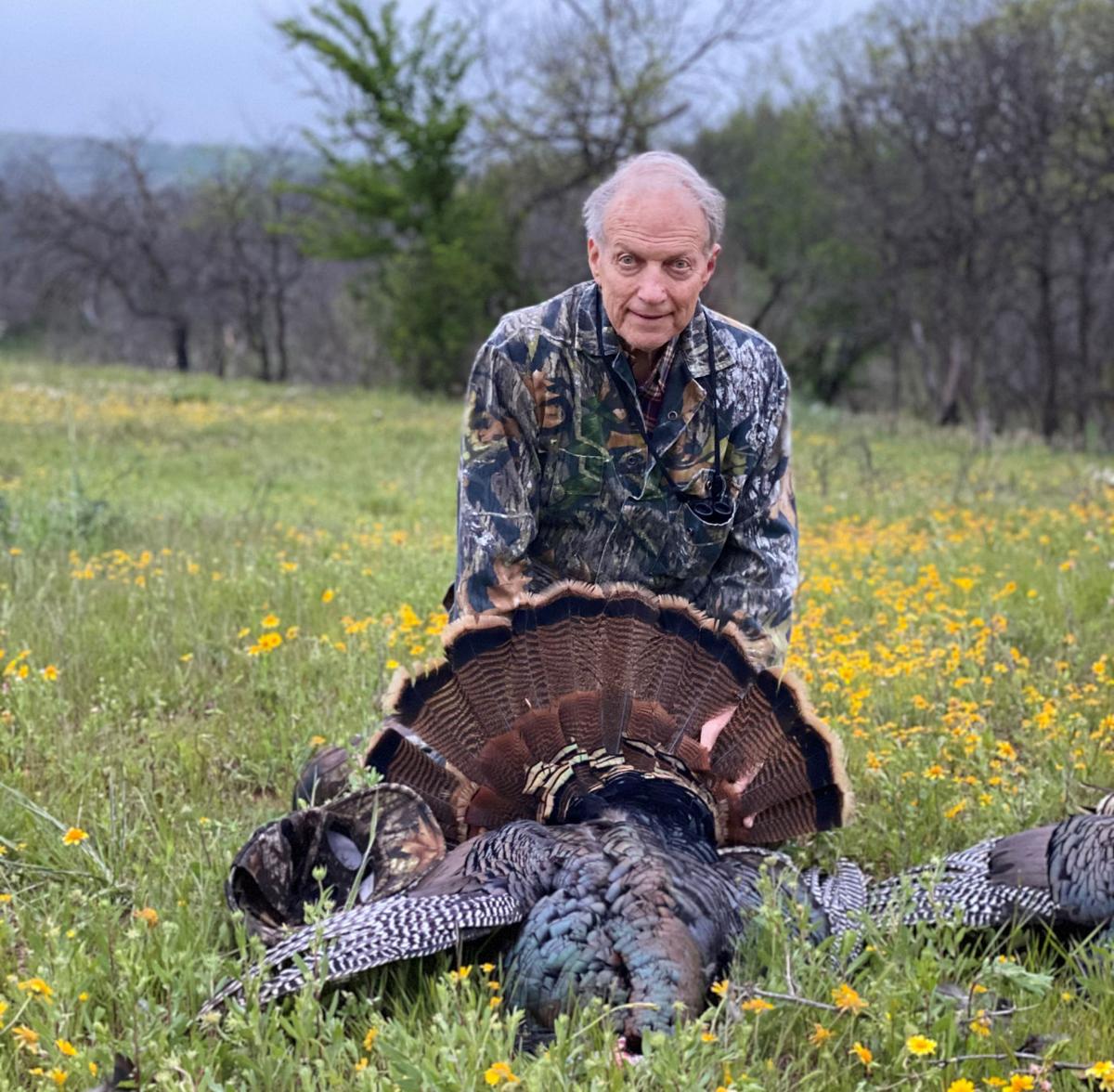 Ray Jones of Huntsville bagged the 400th and 401st turkeys of his 60-year career this season.

Ray Jones started hunting turkeys when he was 26 and it quickly became a passion.

Ray Jones of Huntsville bagged the 400th and 401st turkeys of his 60-year career this season.

(Ray Jones of Huntsville killed his 400th turkey this spring at the age of 86. The run to 400 included a turkey on his family's farm in Marshall County. This story went out from the Alabama Conservation Department to newspapers all over the state.)

For someone who got a late start chasing turkeys, Ray Jones of Huntsville has spent the last 60 years catching up.

In fact, Jones, 86, reached and surpassed a milestone this season by bagging the 400th and 401st turkeys of his career.

The reason he got off to such a slow start was because he lived in far north Alabama where turkeys were scarce for most of his life.

“We really didn’t have any turkeys north of Birmingham when I was a young boy,” Jones said. “They had all been killed during the Depression. We hunted squirrels. We didn’t even have any deer.”

During the middle of the 20th century, the Alabama Game and Fish Division (now Wildlife and Freshwater Fisheries) started an extensive restocking effort of white-tailed deer and Eastern wild turkeys across the state. Jones recalled being contacted by Game and Fish in the late 1950s.

“They called and asked if we didn’t mind if they turned loose deer and turkey on our Jackson County place,” Jones said. “They said the only thing is you can’t hunt it for five years. I told them that would be all right. The only thing was the turkeys walked up into Tennessee, so we didn’t have any for a while. The deer did well, and the turkeys finally backfilled into Alabama.”

Jones, who graduated from Auburn with a degree in agriculture, didn’t go on his first turkey hunt until he was 26, and it wasn’t on his farm. It was in the storied Alabama Black Belt.

“I sold some cattle to a man in Boligee, Alabama,” he said. “Part of the deal was I was to come go turkey hunting with him in the spring. We stayed at his ranch, some bottomland called Shady Grove. It was teeming with wildlife, every kind of wildlife you could imagine.

“I didn’t know anything about turkey hunting. We set up and Andy (Allison) started yelping. The turkey was coming straight to us, but Andy didn’t know it. He moved and the turkey saw us. He was really grieved about that. We jumped in his truck and went to another place. We jumped a couple of jakes and I killed one.”

To say Jones was instantly hooked would be a monumental understatement. In the following 60 years, turkey hunting has been his passion. Earlier this spring, Jones’ 400th turkey was a Rio Grande taken near Haskell, Texas. Recently, he added number 401 with a nice gobbler from just across the line in Tennessee.

Since that first hunt, Jones has widely expanded his turkey horizons, hunting all over the United States, and he even ventured into Mexico. He has bagged five of the six species of wild turkey – Eastern, Osceola, Rio Grande and Merriam’s in the U.S. and a Gould’s in Mexico, earning him the NWTF’s Royal Slam designation.

The only wild turkey he hasn’t bagged is the ocellated, and he doesn’t plan to hunt the bird, which is located in Mexico’s Yucatan Peninsula.

“I did not go ocellated hunting,” he said. “The old boy we were supposed to go with told me he went. He said we had to shoot them out of a tree. I said I sure don’t want to do that, so I never did go. And they don’t gobble. There’s not much to turkey hunting if they don’t gobble.”

Before turkeys became abundant in north Alabama, Jones hunted a great deal in Marengo and Wilcox counties in the Black Belt.

“We really enjoyed our hunting in Marengo and Wilcox,” he said. “That’s where we learned how to hunt turkeys. We really didn’t have turkeys up here until a few years ago. But they had the turkeys down there. We really got into turkey hunting in Wilcox County.”

Late legendary turkey hunter and Game and Fish wildlife biologist Paul Maddox, who was heavily involved in the turkey trapping and restocking efforts in Alabama, was a good friend of the Jones family and joined them to hunt the Wilcox property.

“Paul was the best turkey hunter I’ve ever been around,” Jones said. “He taught us a lot. Mr. Claude Kelley (late Conservation Commissioner) hunted with us, too.

“What made the place in Wilcox special was the people as much as anything. As we said later on, you really can’t reproduce that. We really enjoyed our time there. We hunted there 17 years and killed a lot of turkeys, but the main thing was the people.”

In the last decade, Jones has focused on taking Eastern turkeys in north Alabama.

“Now we have turkeys,” he said. “We’ve got as many as anywhere else.”

Jones penned a book, "Southern Turkey Hunting, a Family Affair," about his life in the turkey woods.

“In the book, there are some stories about some of the turkeys I killed,” he said. “It also has a section about the history of the Department of Conservation and the National Wild Turkey Federation (NWTF). It’s a real success story as far as conservation is concerned.”

After hunting turkeys for so long, Jones has no plans to slow down.

“It’s a real addiction,” he said. “No doubt about it. Somebody asked me if I’ve really killed 400 turkeys. I said around 400. They said, ‘What does that represent?’ It represents a lot of lost sleep.

“It’s just a way of life with us. Still today, we plant for them. We put in warm-season grasses and other things that will help the turkeys expand. We are now able to kill our limit in north Alabama. We weren’t able to do that 20 years ago.”

Jones bagged a turkey in Marshall County earlier this spring on his way to 400.

“He was off in a swamp,” Jones said. “I hunted him twice. The last time I hunted him, the hens flew over and landed right in front of me, about 10-12 steps. They walked off and I kept yelping. I knew he knew where they flew to. It wasn’t long until he flew over to the same spot. He was a nice turkey. He had 1⅜-inch spurs.”

It was only a couple of days later that Jones added to his total just across the line in Tennessee.

“I climbed up a mountain and he wasn’t there,” he said. “But I could hear just a whisper.”

Jones relocated and climbed another mountain to get into position.

“I climbed and climbed and climbed,” he said. “I was hearing him good. He was gobbling good. I stopped 150 yards from him. I found a tree, but I didn’t like it much and moved to another one. It was near an intersection of two roads. I said, he’s going to come down one those roads. I was cackling and yelping, and he would answer me. I knew he was on the ground, but he wouldn’t come.

“I yelped and carried on. He answered me pretty good. I said, well he knows where I am. I laid my box call down. I could tell he was coming. But he didn’t come down those roads. He came right between the two roads. He got his head behind a big tree, and I got my gun up. He came out from behind the tree and I shot him at 18 steps. He was a big turkey. He weighed 24 pounds with a 10¾-inch beard and 1⅛-inch spurs. That’s a nice turkey.”

Despite bagging his milestone turkey, one of Jones’ proudest accomplishments is calling up turkeys with his family.

“I think I’ve killed a turkey with every one of my grandsons. I really enjoy that.”