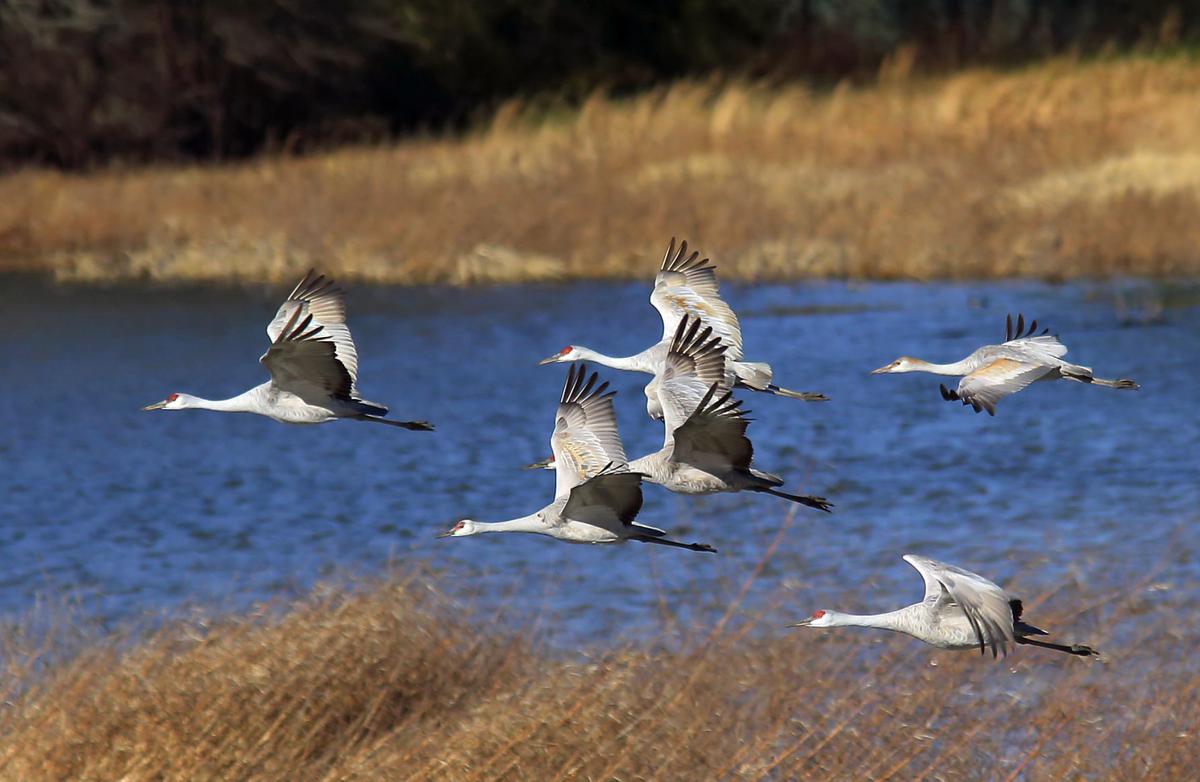 A good population of sandhill cranes is expected in north Alabama this fall. 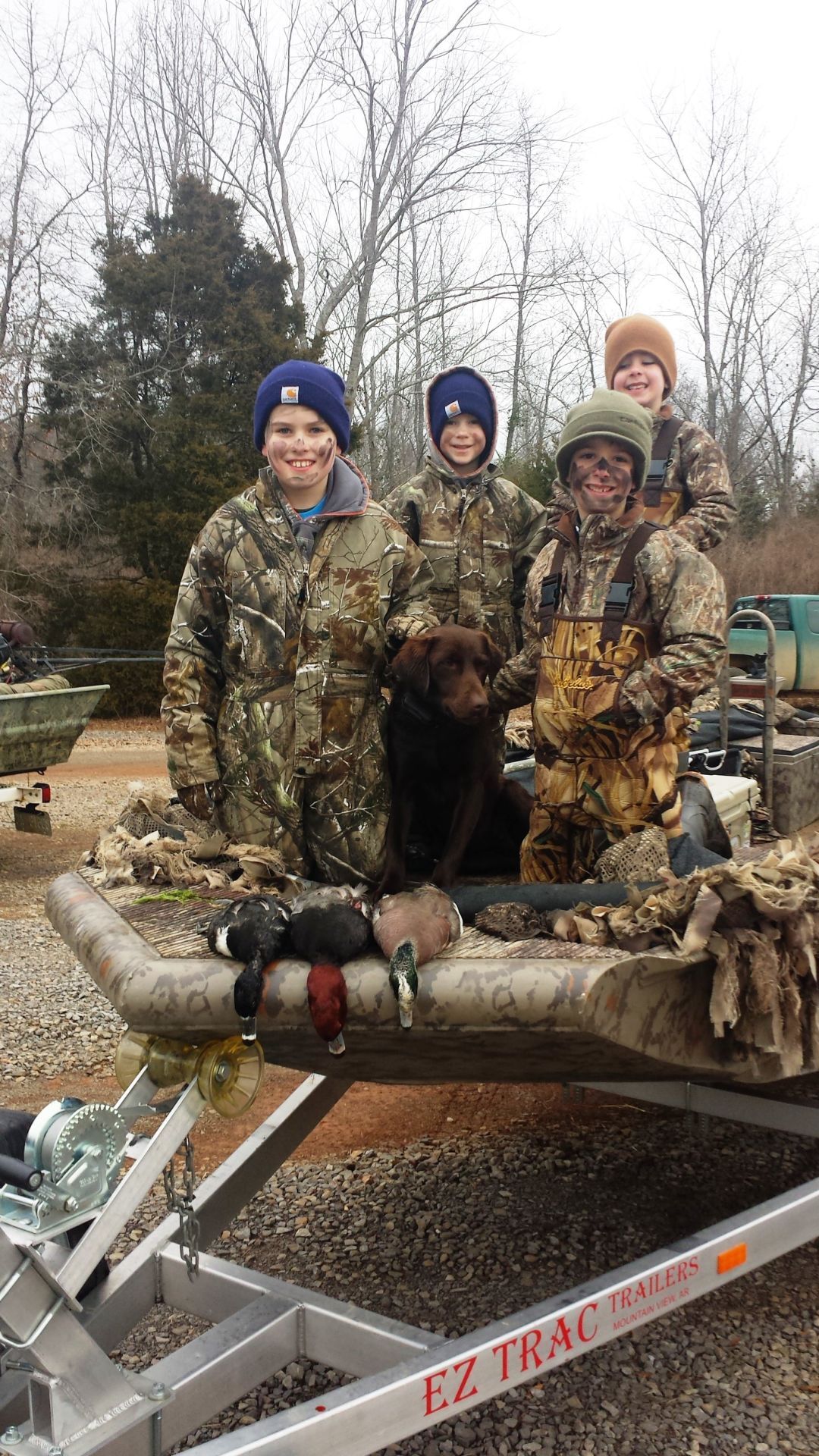 A group of young hunters pause for a photo after a successful duck hunt.

A good population of sandhill cranes is expected in north Alabama this fall.

A group of young hunters pause for a photo after a successful duck hunt.

(Duck and goose hunting is a cherished winter tradition on Guntersville Lake. The season opens Friday and Saturday, closes for a week, then re-opens Dec. 4-Jan. 30.)

Waterfowl season forecasters estimate good populations of ducks and geese for the Mississippi Flyway, which includes Alabama, but those waterfowl may not be easy to fool this season.

Seth Maddox, the Alabama Wildlife and Freshwater Fisheries (WFF) Division’s Migratory Bird Coordinator, said the U.S. Fish and Wildlife Service (USFWS) was unable to do its annual surveys again because of COVID-19 restrictions. What Maddox predicts, however, is that the fall and winter flights will contain more mature birds, which are wise to hunters’ tactics.

“The border with Canada was still closed back in May when they do the counts,” Maddox said. “That’s the second year in a row with no breeding survey. Last year’s harvest doesn’t tell us what the population looks like. Some states were not able to do a midwinter survey, so we don’t have a good picture of what the population looked like in the winter either.”

Without the surveys, Maddox said waterfowl managers are having to use other methods to estimate populations.

“We’re working on some predictive data, based on historical data,” he said. “We’re looking at weather patterns across areas where data can be collected remotely. We can collect rain gauge and other weather data and environmental patterns, which helps.”

Although the Southeast has had plenty of rain this year, some areas that affect duck populations have not.

“Luckily the populations were really good going into it. The long-term averages for most populations are real high right now.”

The problem for hunters is that the number of young-of-the-year birds, which are easier to call and decoy, will likely be down.

“The number of young birds will probably be poor,” Maddox said. “There were likely a lot of failed nesting attempts because there just wasn’t any water on the landscape to raise those ducklings.

“The fall flight is looking like it’s going to include a lot of adults, a lot of birds that have been there and done that. They’re going to be smarter, harder to kill, and they’re not going to take pressure very well. You’re going to have to reduce the pressure on these birds. If you’re used to hunting three or four days a week, you’re probably going to have to cut that back to a couple of days a week because those birds are going to get pretty smart.”

Of course, the success of Alabama’s waterfowl hunters is very weather dependent. A cold winter to the north with ice and snow covering the food source is needed to push the birds as far south as Alabama.

“The good thing about Alabama is we are on the edges of two flyways, so we get a good percentage of birds that breed in the east,” Maddox said. “They had favorable breeding conditions in the east in areas like Ontario and Quebec. They should have had better production because they had a lot more water on the landscape, and we could see some first-year birds from that flyway.

“We may not be in as big a struggle as some of the states to our west, like Arkansas, Louisiana, Texas and Mississippi.”

Maddox said computer models predict a good population of waterfowl for the 2021-2022 season, which means regulations will basically stay the same as last year’s.

The 60-day waterfowl season opens for two days on November 26-27 and then returns December 4 and runs through January 30, 2022. The special youth, active military and military veterans waterfowl hunting days are set for November 20 and February 5, 2022.

Duck hunters will again enjoy a liberal bag limit of six ducks per day that can be any combination of four mallards (no more than two of which may be female), three wood ducks, one mottle duck, two black ducks, two redheads, one pintail, two canvasbacks and one scaup.

Goose hunters for the 2021-2022 season will also enjoy a liberal season with a daily bag limit of five dark geese (Canada, white-fronted or brant).

Maddox said one change for the goose seasons is the bag limit of five can include all Canadas or brants. The light goose (snow, blue and Ross’s) bag limit is also five birds per day.

“The resident goose populations are high across the flyway, well above acceptable limits in many states,” he said. “In order to provide more opportunity for those birds, we bumped up the limit to five for the entire season for dark geese.

For those fortunate enough to be drawn for one of the 400 permits for Alabama’s third sandhill crane season, Maddox said crane numbers are up this year.

“We had a record number of people register for the sandhill crane permits,” he said. “We had 703 people apply, which is up from 620 last year. When you’re drawing for 400 permits, you still have very good odds of getting drawn.

“Last year was a really good season. There’s a record number of cranes in the state. We saw a little more than 23,000 birds on our survey, so there are a lot more cranes available. That’s almost double the amount in recent years.”

“I think that was due to a couple of factors,” Maddox said. “People started learning what it takes to hunt cranes as far as hides, blinds and decoys. And obviously the number of birds played a factor.”

The sandhill crane population continues an upward trend with an estimated 100,000 cranes in the Eastern population.

“With cranes and waterfowl, our seasons depend on the weather factor, what those winter temperatures look like to push the birds all the way into Alabama,” Maddox said. “With the population doing well, I think we’ll have a good number of cranes for the lucky hunters to chase this year.”