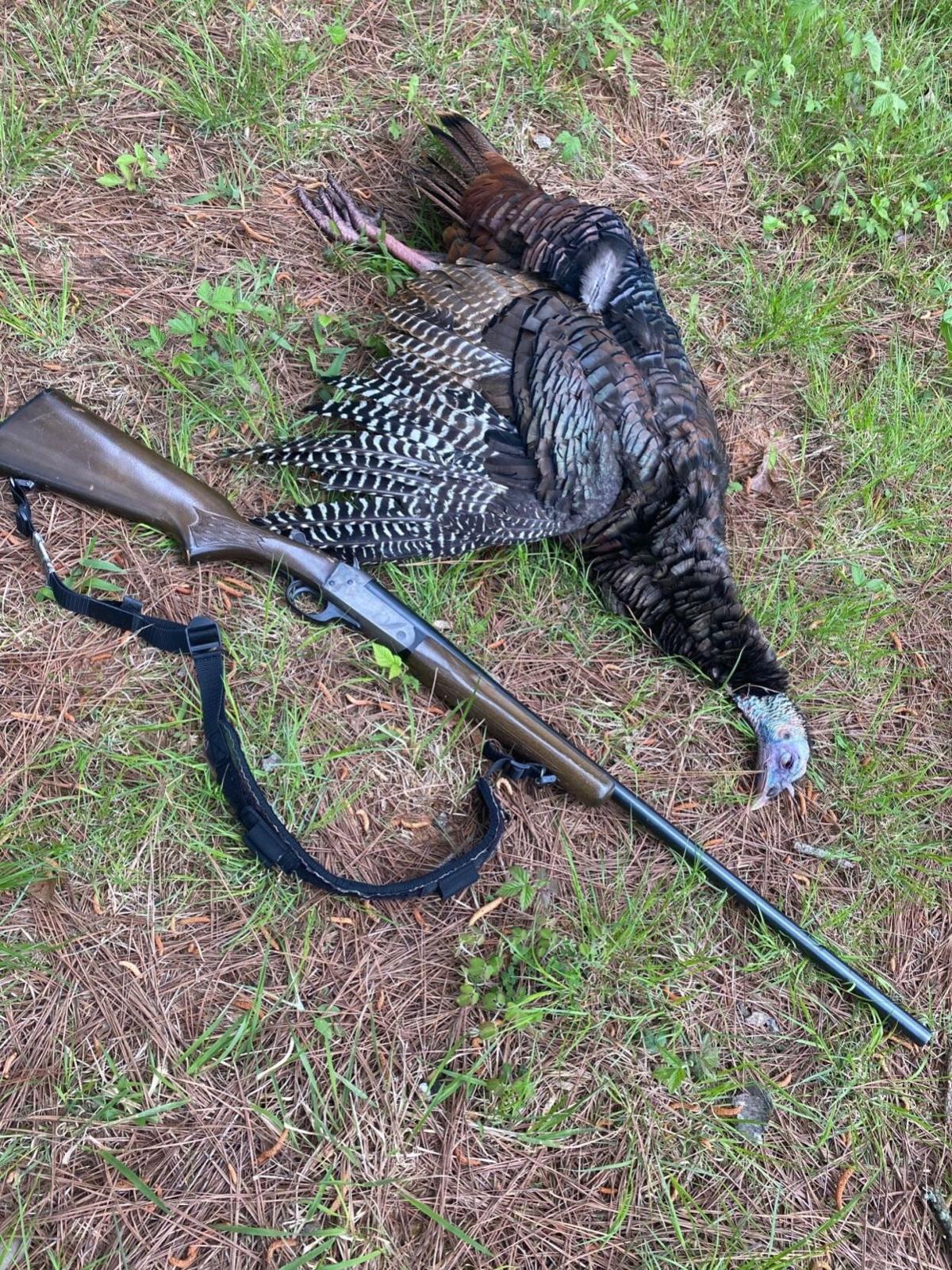 The author's friends were more impressed with his old single shot shotgun than they were his turkey. 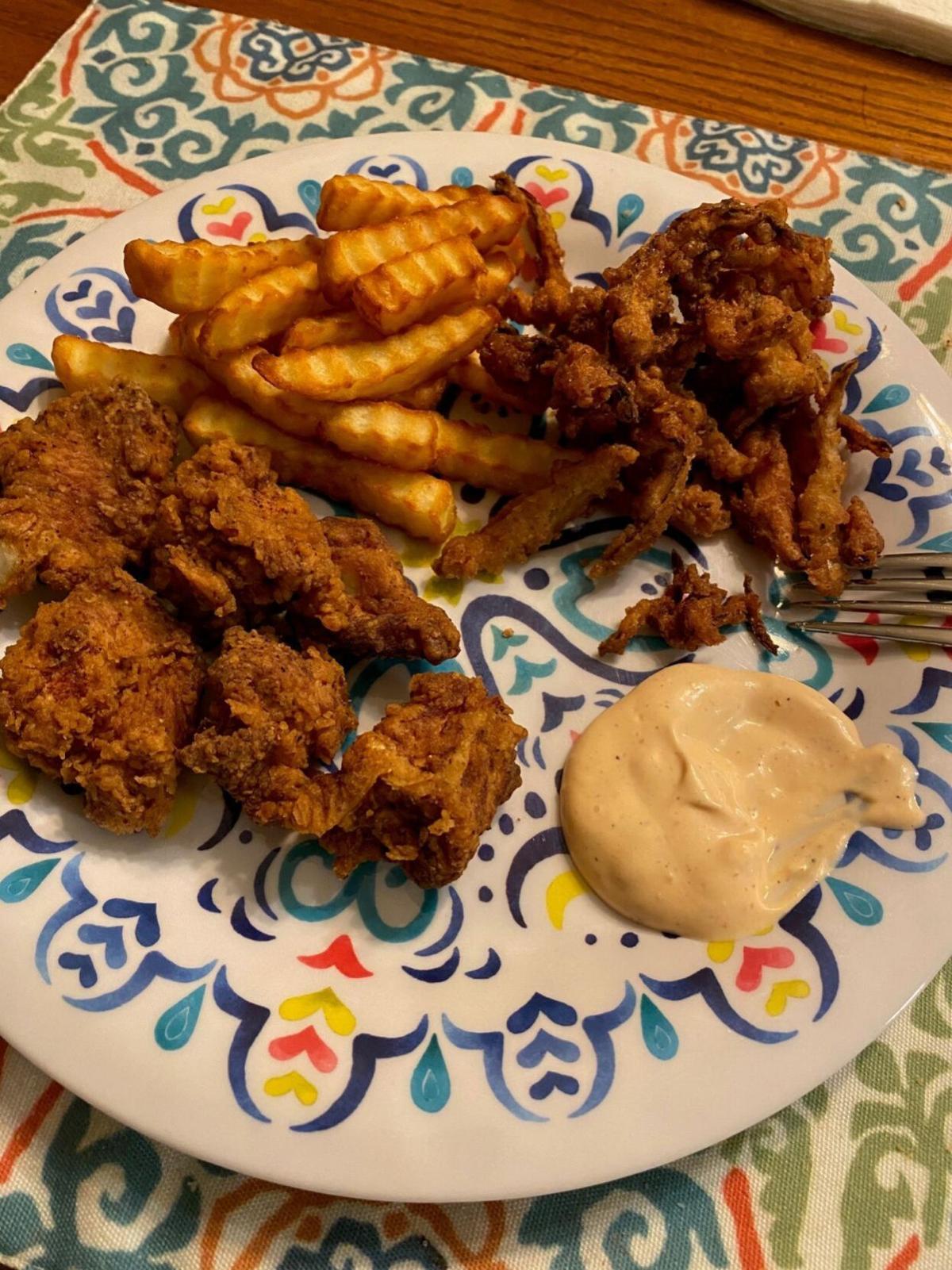 The turkey made the centerpiece of a fried turkey feast with a special southwestern dipping sauce. 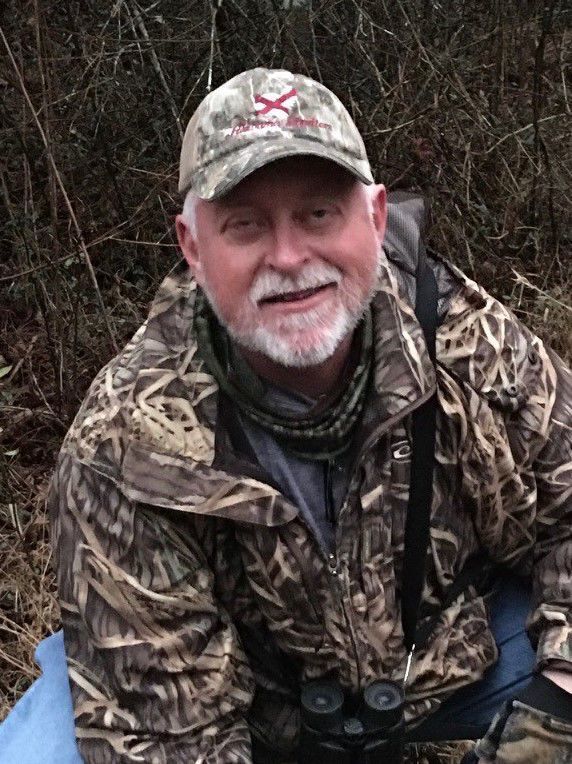 The author's friends were more impressed with his old single shot shotgun than they were his turkey.

The turkey made the centerpiece of a fried turkey feast with a special southwestern dipping sauce.

Spring turkey season ends this weekend and it has been a very enjoyable one for me.

I’ve turkey hunted more this year than I ever have in my life. As you ready this, I will be on my 17th hunt. That’s a lot for a guy who also has a bunch of family and work commitments.

I shared with you earlier in the season how I had a dreaded miss at a turkey that was too far, but ended up finding the consolation prize of a beautiful pair of shed deer antlers.

A week ago, I finally bagged a turkey. Normally, I wouldn’t shoot a jake or young of the year gobbler. But it had actually been a few years since I had killed a turkey so it was good to “get the monkey off my back.”

I was proud of my jake and getting back in the win column on turkeys. As hunters are wont to do, I texted my buddies a picture of the turkey shortly after taking it. A funny thing happened. My friends all commented more on my gun than my turkey. They liked it and thought it was really cool.

We have a saying here in the Gleam newsroom that we picked up from the hit TV show The Office. “I’m not superstitious but I am a little stitious.” That describes my hunting to a T.

If what you’re doing isn’t working, you might want to change something up. On my hunt the other day, I wore a hat I hadn’t worn all season and I carried a gun I don’t often carry.

The gun is a Stevens 94 single shot 20-gauge my Dad bought me when I was 12-years-old. It’s a good old gun that sees duty as the “vermin gun” around the house for dispatching raccoons, possums, armadillos, etc.

It was my squirrel and dove gun as a kid. It has been toted on quite a few adventures over the years. It had been shot so much that the hammer broke several years ago. I was distraught. I figured no one would have a part to fix it.

The late gunsmith Dwight Lee came to the rescue. Dwight just grinned, told me broken hammers were more common on these guns than you could imagine and that he had a bunch of them. He had my gun fixed in a day.

A very real advantage of the single shot is that it is light as a feather. Throw it over your shoulder and you hardly realize it is there.

On the day of the turkey killing, I spooked 2 turkeys off the roost walking in and thought I was ruined. I’m sure I muttered under my breath and I texted a friend of mine and told him how unlucky I was with turkeys.

He chastised for me being negative and told me to stay with it.

I went to a secondary spot since I thought I had boogered up the main spot. Expectations were very low. But a half hour or so after spooking the turkeys, I thought I heard a gobble back at the main spot. So I hustled back there, got set up and did some soft yelping on an old, old call, a Lynch Jet Slate made in Mississippi. There was definitely a theme of old things on this hunt, the hunter included.

Nothing responded. But in just a few minutes, I heard footfalls in the little woods road behind me. I carefully glanced over my right shoulder and there behind me was a jake about 7 yards away. The angle was too severe and the bird too close for me to do much but watch.

He angled off into the woods. I yelped a few times on the Jet Slate and he circled back right in front of me pretty as you please.

It was a very satisfying hunt.

Interestingly enough, my “turkey slump” had started after taking a turkey with the 40-year-old single shot. So it was kind of fitting that it ended with that as well.

It will be carried a lot more in the future.

The jake did not go to waste. We had a delicious fried turkey nugget dinner the day after I got him. There’s still some turkey breast in the freezer that will make it to the grill maybe with some type of pineapple sauce in the not too distant future.

The legs and thighs are destined for Instapot bbq turkey.

A couple weeks ago, I got the opportunity to hunt on the Cedar Creek Special Opportunity Area (SOA) in Dallas County.

The SOA areas are smaller than the state’s wildlife management areas, so instead of just opening them to the public, a lottery style drawing is held for hunts on the SOAs.

Andy Beasley and I stayed in one of the tiny cabins at Roland Cooper State Park in Camden and hunted the SOA hard for the better part of two days. I came real close twice. Turkeys are bad to circle and skirt, at least they are for me, and I had some skirt me twice. But they were good, hard-gobbling birds and it was terrific fun to chase them on “new ground.”

There’s water everywhere at Cedar Creek, along with mosquitoes and “bull gnats,” a species I was unfamiliar with prior to this hunt. Off, permethrin and a Thermacell kept the mosquitoes, ticks and chiggers at bay. One of Andy’s buddies from down that way had told us to daub vanilla extract on our hats and around our faces for the bull gnats and that seemed to help with them.

I really enjoyed the SOA and hope I get to hunt it again in the future. I like the Camden area and would like to spend more time down there eventually.

It has been a good season and I’m going to miss it tremendously when the sun goes down on it Sunday afternoon.