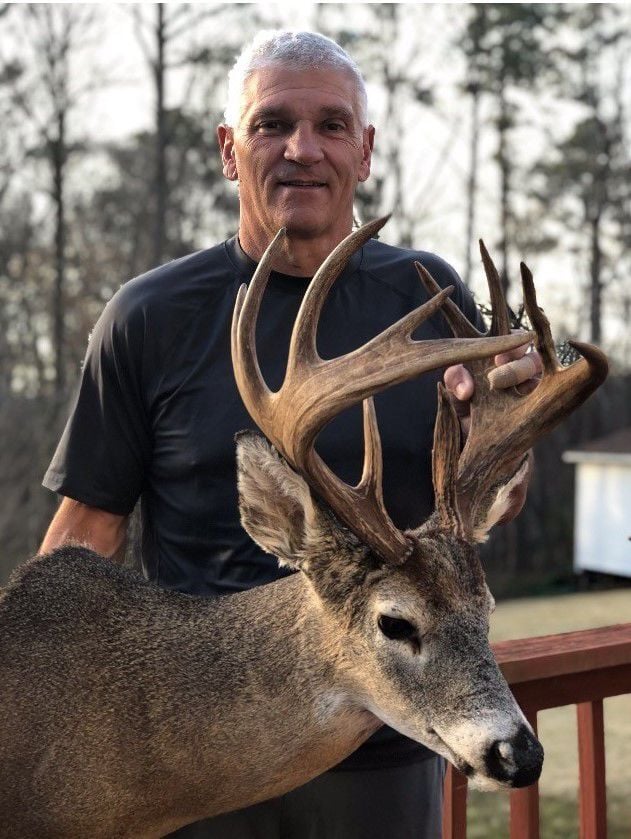 Shannon Cahill got his giant buck in Cherokee County on January 2. It's his biggest in 52 years of hunting. 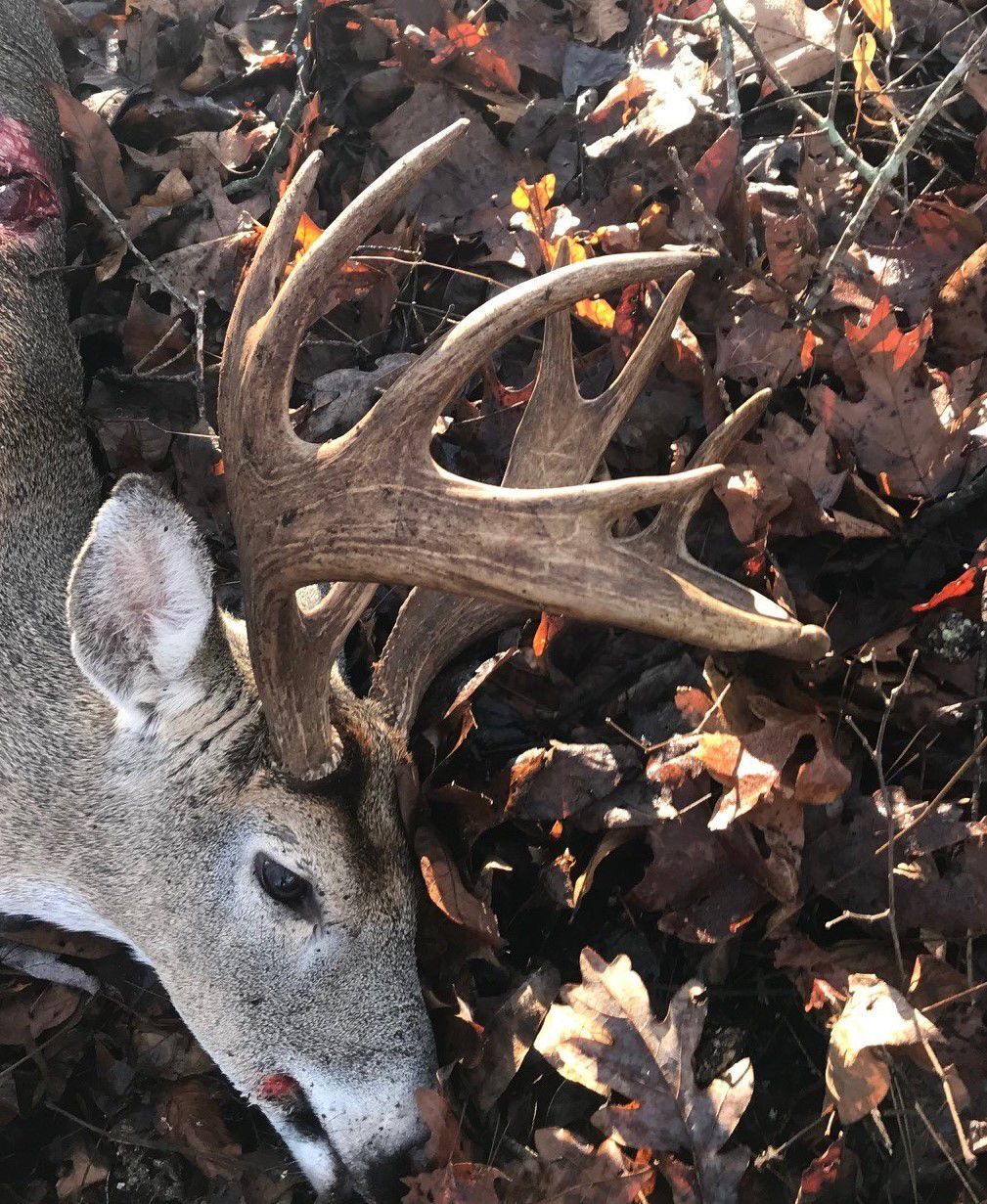 The mass or thickness of the antlers is what made Shannon Cahill's buck so special.

Shannon Cahill got his giant buck in Cherokee County on January 2. It's his biggest in 52 years of hunting.

The mass or thickness of the antlers is what made Shannon Cahill's buck so special.

Shannon Cahill Sr. has killed a lot of deer in his 52 years in the deer woods. He got one this past season that will top them all.

It’s a 10-point book he took in Cherokee County. It has tons of mass, palmation like a moose really, that pushes its B&C score to 150 inches. Normally when you hear someone say they took a good buck in Alabama, it will be a deer of between 100 and 120 inches. 150-inches is rare air.

Shannon works for the Schools of Guntersville. You might remember he used his deer game cameras a few years ago to capture images of some thugs who were vandalizing the high school tennis courts.

He had 4 cameras out on the property he hunts in Cherokee County. He had a single photo of this buck about a week before he got it. His story is one of simply being in the right place at the right time.

As he walked up the hill towards the stand, a doe ran off to his left. He looked up the hill and there, standing about 15 yards behind the ladder stand, was this buck. The buck wasn’t that far off.

Shannon raised his rifle and took a shot. And he missed!

“I remembered my rifle was shooting a little high and I hadn’t adjusted the scope,” he said. “I shot again. I aimed at the belly and hit him in the back.”

A phenomenon known by hunters as “ground shrinkage” frequently occurs. That means a buck that looked pretty good on the hoof gets smaller the closer you get to it once it is on the ground.

“The closer I got to this one, the bigger he got,” Shannon said. He said “ground shrinkage” had been pretty extreme for him in the past. This is the only one he’s ever shot that got bigger the closer he got.

Shannon got the buck on Jan. 2. He is 59 and has been hunting since he was 7 and this is the biggest buck he has ever taken.

“You just don’t see mass like that,” Shannon said. “David Darden scored it and he got very excited. It’s quite unusual. I had never seen one like it.”

Mass is the measurement around the antlers. It can make or break a buck’s score. It added 40 inches to Shannon’s buck.

The antlers’ width is only about 15 inches, to put that in perspective.

Shannon said it had not been a great season for him. But a buck like this tends to turn that around.

“If this had been the only deer I had killed, it would have been a great season,” he said. One high point of the season was his grandson Camp, 8, taking his first deer. He got 2 does, one with a crossbow in bow season and one with a gun in rifle season.

The deer rut or breeding season is kind of famous for being in November in Cherokee County. Because deer that were used to restock Alabama came from a variety of different sources, there are widely differing rut dates in different parts of the state.

Most of Marshall County was restocked with native Alabama whitetails and our deer tend to rut the last 2-3 weeks of January.

“We see them rutting opening day of bow season in October,” he said. “There’s a pretty good rut the first week of gun season. And we see another one form the first of the year into mid-January. I don’t know the genetics of the area, but the deer have to be from several different places. My son Corey shot a 4-point chasing a doe on Feb. 10 a season or two back.”

Danny Jordan of Claysville mounted the buck for Shannon and he already has the head back, hanging in his living room.

“We have my wife Jamie’s 8-point, my first 10-point I got and now this deer,” Shannon said.