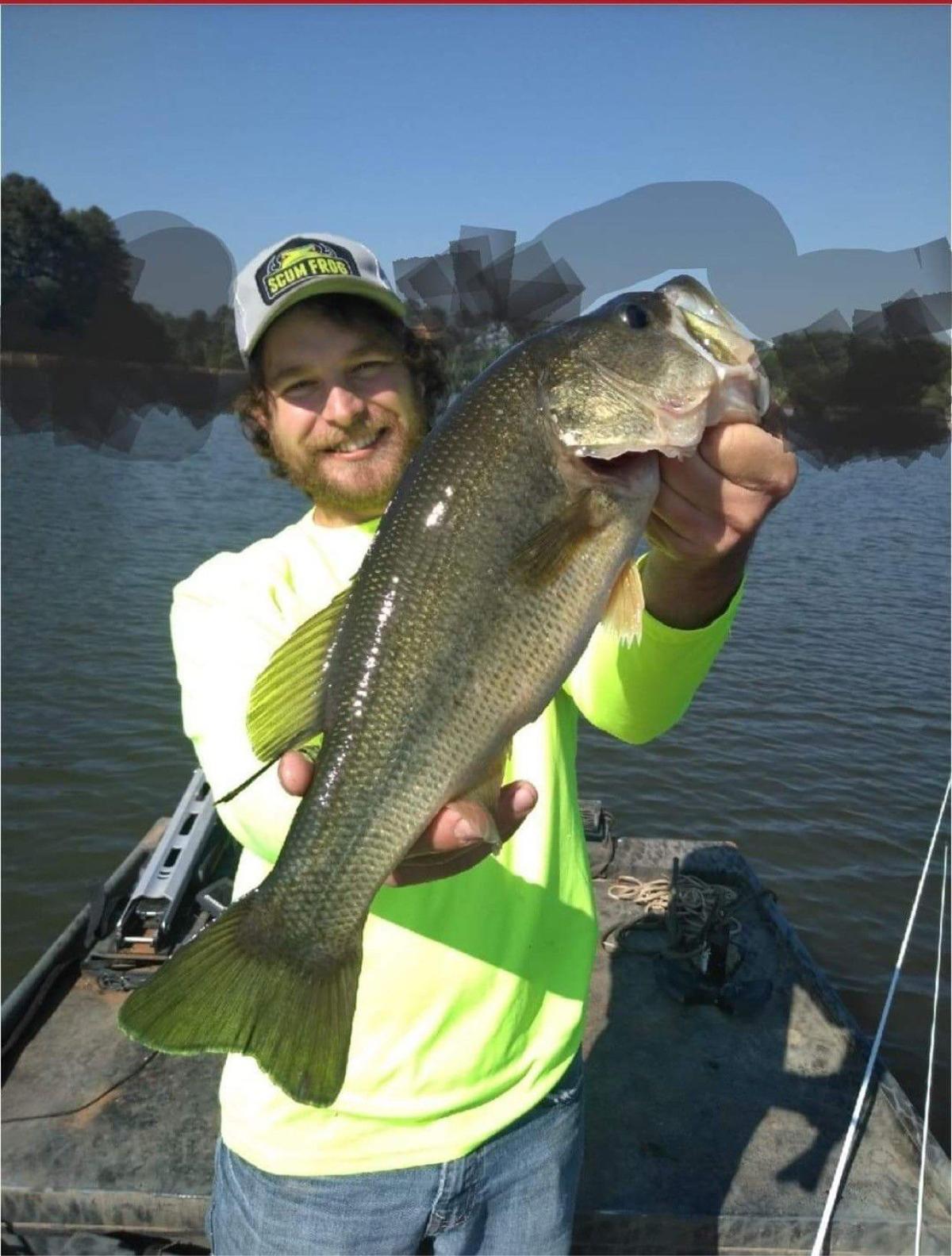 Guntersville Lake angler Josh Mann shows off one of the two tagged bass he caught within 30 minutes of one another. 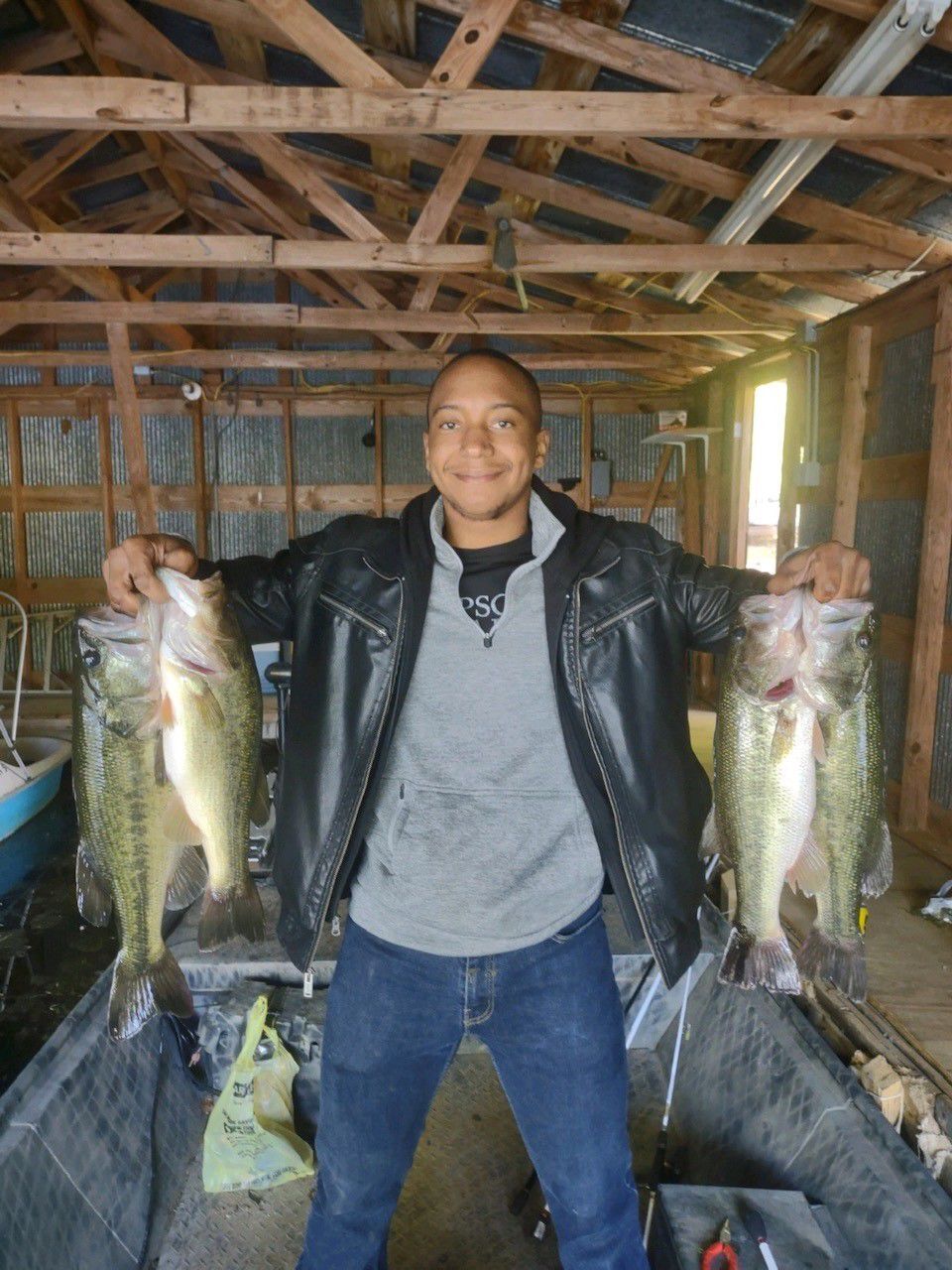 Cory Mathers shows off several of the good bass he and Josh Mann caught.

Guntersville Lake angler Josh Mann shows off one of the two tagged bass he caught within 30 minutes of one another.

Cory Mathers shows off several of the good bass he and Josh Mann caught.

Josh Mann fishes just about every day. And he has participated in the BassCashBash tagged fishing derby all 3 years it has been held on Guntersville Lake.

He was fishing last week when he caught not one of the tagged bass, but 2 of them in the span of about 30 minutes.

He was fishing with Cory Mathers of Nashville and they had quite an afternoon.

“His dad does art and they were down for Art on the Lake so I took him fishing,” Josh said.

They were fishing on the lower end of the lake, on a patch of hydrilla that is sort of horseshoe shaped, tossing soft plastics into and around the grass.

“We went up the other side and caught 3 or 4 more good ones,” Josh said. “Since we were catching fish, I thought we would just make another loop around it. The second time around the back bend, I caught another tagged fish from 2020.”

Josh’s fishing rig is a little different from the standard glitzy bass boat you see on Guntersville Lake. He fishes out of a camouflage flat bottom duck boat with a tiller steer 45-horse Tohatsu engine. He has a Helix fishfinder in the back of the boat and “an old school Hummingbird chirp sonar” in the back.

Josh works in his father Terry Mann’s plumbing business. The business is kind of wide open right now, as a lot of trade businesses are, but Josh likes to go fishing every afternoon he can. His mother is Sandy Mann.

“It’s a matter of going every day and looking for them and seeing where they are moving up,” he said. “From what I can tell, the bluegill and bream are about to go on the bed and the bass are following them up.”

Josh duck hunts too, so his rig sees double duty. The rig is just about bullet-proof.

“My dad has a bass boat and he offers to let me take it,” Josh said. “But if you hit a log or something in a bass boat, it’s a problem. I’ve hit all kinds of stuff in the flat bottom. I hit a couch once someone had dumped in the lake.”

He said the prop got wrapped up in the couch’s fibers, but that was it.

“That Tohatsu has been indestructible,” he said.

He mainly fishes below the river bridge, Browns Creek, Honeycomb and Conners Island.

So what’s he going to do with his winnings?

The BassCashBash contest started March 1 and runs through July 4. Two bass in the contest have grand prize tags for a truck and a boat. The boat fish was caught last year and the truck fish the year before that.

The regular tagged bass are worth $1,000 each, with a $500 bonus if the angler landing it bough the bonus T-shirt. Entry into the program, which must be done before landing a fish, is $50 with $20 more for the bonus. The tag from the previous year was worth $500.