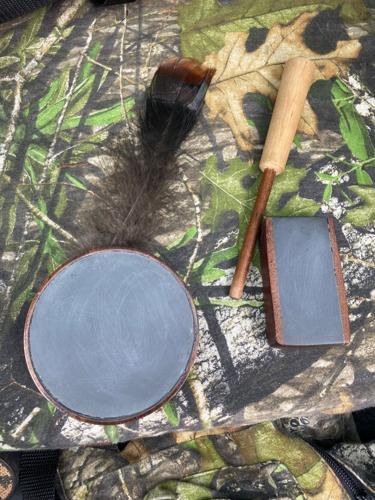 The author's favorite calls are slate calls. That's a custom Magnolia Calls slate on the left and a 30-plus year old Lynch Jet Slate on the right. 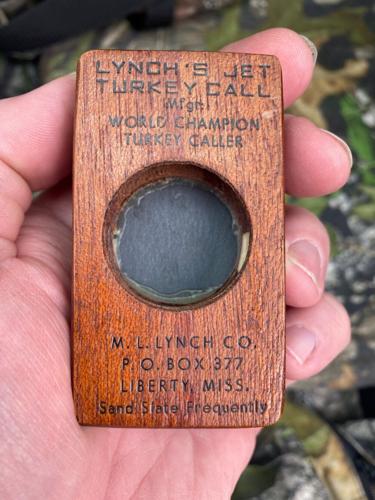 The Lynch Jet Slate is a tiny little call. The call company started in Birmingham and later moved to Mississippi. 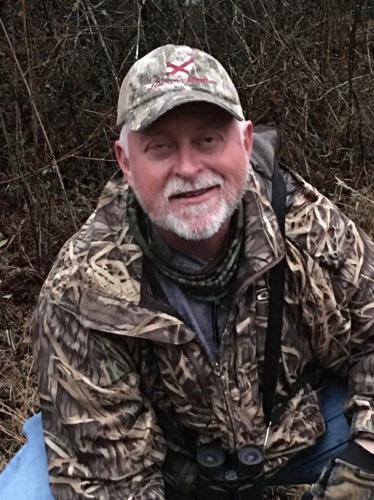 The author's favorite calls are slate calls. That's a custom Magnolia Calls slate on the left and a 30-plus year old Lynch Jet Slate on the right.

The Lynch Jet Slate is a tiny little call. The call company started in Birmingham and later moved to Mississippi.

Spring turkey season is in full swing now and it’s a marvelous time of year. Trees are budding. Dogwoods and redbuds are just starting to bloom. And turkeys are gobbling.

If you’re new to the sport, take heed. Less is more when you're talking or rather calling turkey.

The malady I have suffered throughout my time turkey hunting is overcalling. It’s the kiss of death. He gobbles. You call. He gobbles again. You want to hear him gobble again, so you call again. And so on and so forth. You almost can’t help yourself.

‘You made him gobble!’ you tell yourself in an excited voice. ‘Do it again!’

And then you wonder why the gobbler gets disinterested and walks off without you so much as seeing him. Or why real hens came in and took him away. They heard him gobble those 75 times you called at him.

The very best turkey hunters are often woodsmen who scout, know the woods and don’t put a lot of stock in their calling. They know where the turkeys are, because they’ve spent time in the woods. So they’re already a step up on most of us. Then they call softly and they wait.

The turkey comes looking for them and – boom!

I like slate calls. Years and years ago, when my brother Mitch and I were just starting out turkey hunting, our mom Sandra Campbell bought us turkey calls one Easter. My call was a Lynch Jet Slate. The Jet Slate is a tiny little call by slate call standards. Most slate or “pot” calls as they’re sometimes called are round. The Jet Slate is not only small, but it’s rectangular.

It makes a small sound too. It’s a soft call. I actually didn’t carry it for a time because I thought it was too low and too soft. I was so wrong. Generally speaking, they can hear it, even if you think they can’t.

The Jet Slate and the Foolproof and World Champion box calls were Lynch’s famous calls, the box calls probably moreso than the slate. It is said that M.L. Lynch drove around the South in the early days of his business selling the calls out of the trunk of his car. The Lynch call company was based in Birmingham, Ala. It later moved to Mississippi. The calls are still made today, but I have no idea where.

My mom’s cousin-in-law Wilburn Slaten died a couple years ago and we inherited some of his tools and some of his hunting stuff. Mitch and I both rooted around through the hunting box. But Mitch found something I missed – a Jet Slate turkey call.

“Look at what you missed!” he said, perhaps gloating just a bit.

It was okay, because I already had a Jet Slate and he didn’t.

We were hunting together that spring and he came puttering down an old woods road, calling low and slow on that Jet Slate.

It sounded just like a real hen coming down the road.

The old-time advice for turkey hunters was to yelp 3 times and wait.

The old ways are still good. You could do a lot worse than take an old call, yelp 3 times and wait just like the old timers did.