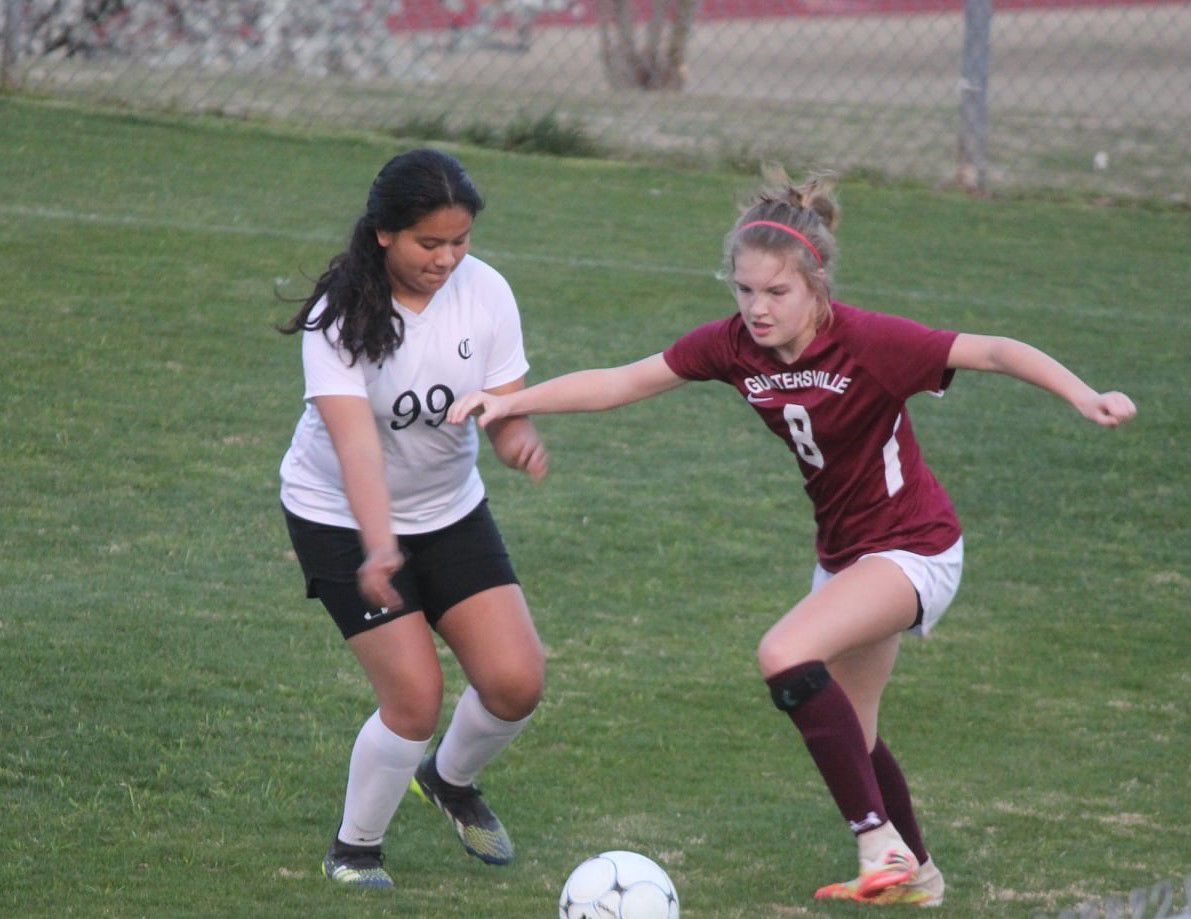 Mary Harris fights off a Crossville defender as the Lady Wildcats go on to win 7-0. Photos by Wendy Cain Walker. 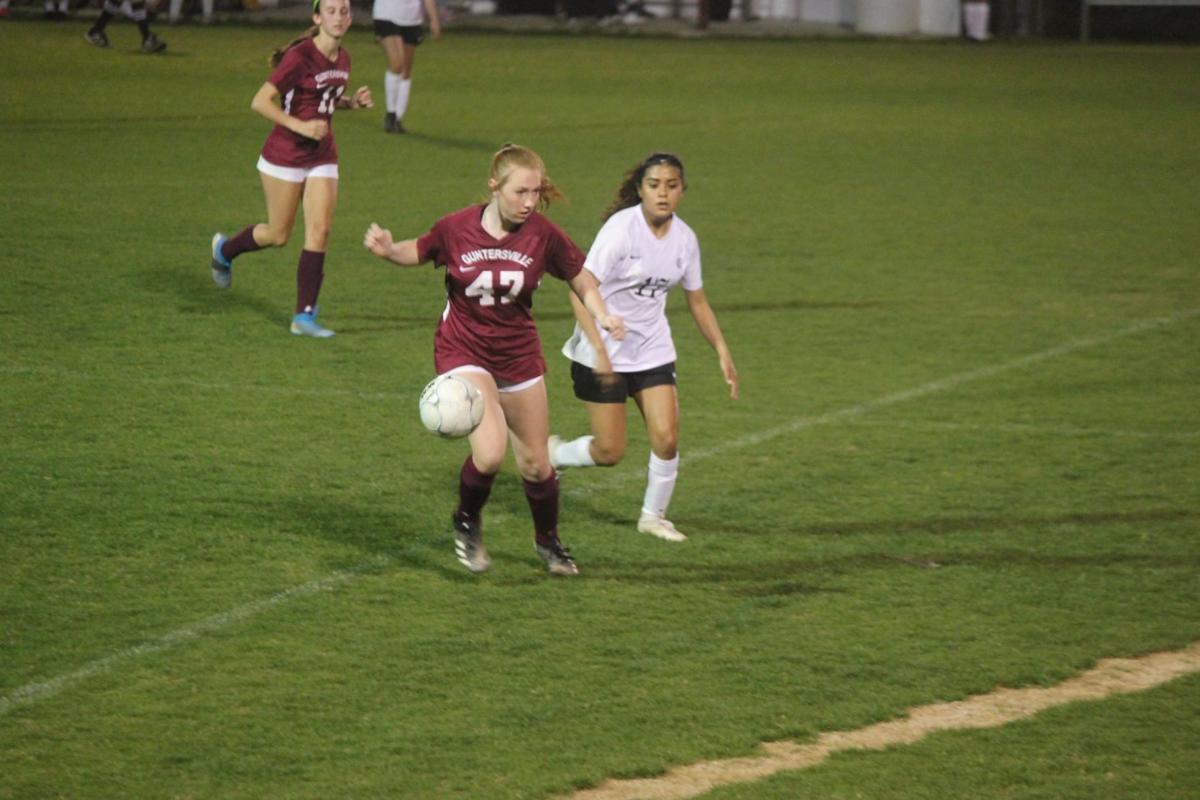 Mary Harris fights off a Crossville defender as the Lady Wildcats go on to win 7-0. Photos by Wendy Cain Walker.

Over the past week, the Guntersville varsity girls’ soccer team was able to pick up an area win, but lost to Class 7A powerhouse Huntsville.

Last Friday, the Lady Wildcats took on area foe Crossville at home and won in impressive fashion by a score of 7-0.

Senior Sara Wright led the way with three goals in the win and Lainie Willis added two. Ashley Zeisset and Jennifer Jordan each had one goal. Ava Wheatley had two assists and Meg Walker and Sam Amparo each had one assist.

"It looks like we are starting to figure out our team’s personality and how we will score,” Guntersville coach Mike Jones said. “We have missed so much practice this year and we are still developing our team chemistry. However, I’m happy with what I saw against Crossville.”

The Lady Wildcats then took on Huntsville this past Tuesday night and fell 4-0. The Huntsville girls’ soccer team competes year-in-year-out for state titles. This year, the Lady Panthers have 12 seniors and according to Jones, might be the best team they’ve had in a while.

“This is one of the best Huntsville teams they have had in a while with 12 seniors,” he said. “I’ve scheduled Huntsville several years now mainly to play tough competition and to see how physical we need to play. We actually have a winning record against Huntsville but this year their physicality and experience overpowered us. They kept the ball most of the game and came out and punched us in the mouth in the first half. Our young inexperienced team learned some really good lessons in the game.”

Huntsville scored all of its goals in the first half, which left Jones with a good feeling despite the loss.

“The second half I think we had figured things out a bit and held them scoreless and we actually had a couple of scoring opportunities,” he said.  “I was very happy with our girls matching their physical play and the effort was very encouraging.  A big part of shutting them out in the second half was the play of our freshman keeper Emma Stanley. Emma had never played before so we started with the basic rules of soccer, and she has played like a veteran with some amazing saves.”

The Lady Wildcats took on another perennial power in Briarwood Christian on Thursday and area foe Cherokee County last night (Friday). Guntersville will have the week off for Spring Break this coming week.